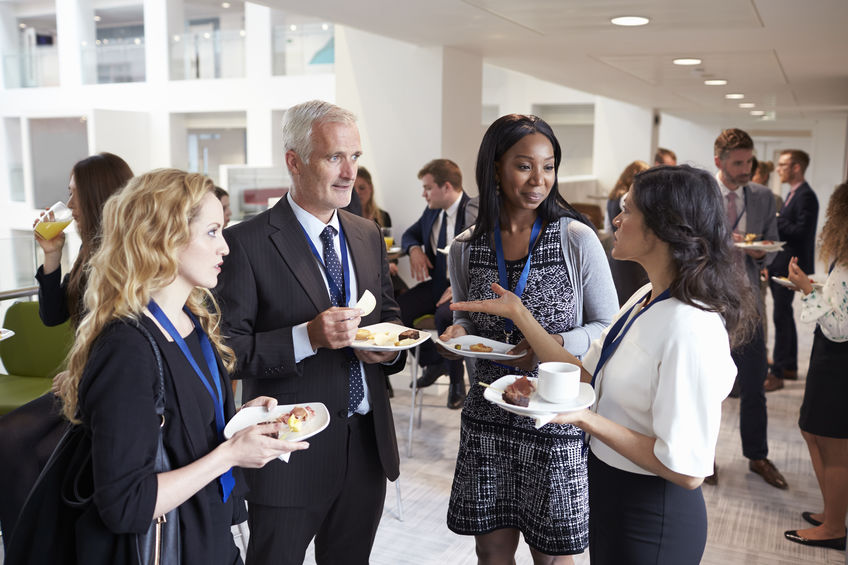 Over 60% of all first-time home buyers in America today are minorities according to the National Association of Realtors®. There are over one million people from overseas coming into the United States every year and they all want to show friends and family they are successful by buying an American home. In addition, there are 80 million multicultural Americans already here. As a result, minorities are currently one-third of the population and by 2050 will be half. This is a huge market for real estate agents all across the country if you know how to meet the unique needs of the fastest-growing group of home buyers.

Myth 1. People from other culture only want to work with an agent from their own culture.

Nothing could be further from the truth. In fact, many cultural groups would prefer to work with an agent from outside their own culture. Asians, for example, are very private about their financial affairs and many are afraid that if they use an Asian agent they might disclose their income and real estate holdings with others in the community.

It does take bit more time to sell to multicultural clients because they may know little about American real estate, construction or finance. However, if you are patient they are likely to refer friends and family to you for a lifetime.

Myth 2. Multicultural people have superstitions and beliefs that are totally incomprehensible to Americans.

Remember that people in the United States have beliefs that often baffle outsiders such as the fact that black cats, walking under ladders and the number thirteen are unlucky. Most other cultures have their own beliefs that are just different.

Many cultural beliefs happen to directly affect the purchase of real estate such as the direction a home faces or the numbers in the address. Many Asians believe that the number four is unlucky because when pronounced in Japanese or Chinese it sounds very similar to those cultures word for death.

Just as there are very few hospitals or hotels with a thirteenth floor in America, the same buildings in Asia lack a fourth floor. You can see that this belief is similar in both countries.

Myth 3. Some people from outside the U.S. are unethical because they insist on renegotiating a purchase contract after it has been signed.

While it’s true that people from other cultures often try to renegotiate a purchase agreement after it has been signed, it’s not a matter of ethics. America is a low context country where everything is spelled out between people either verbally or in contracts. Other countries are high context where much more information is derived from the context of the communication and less is spelled out.

In high context countries it is understood that contracts are only the beginning of a relationship which can change as the parties get to know each other. The parties are obligated to help each other adjust the contract to their needs until it is completed.

Myth 4. It’s impossible to get personal financial information from multicultural clients because they’re very private about such matters.

This is one of those myths that is actually true. Many people who are new to this country are extremely private about their finances. Remember that they are unfamiliar with the banking and legal system in America and do not yet know whom to trust.

In addition, merely asking a question as innocent as, How much do you have for a down payment, can actually endanger the lives of your clients. Why is that? Many new immigrants do not believe in banks and keep much of their money hidden in their homes.

Have you ever heard of home invasion robberies where the occupants are threatened until they reveal the whereabouts of their valuables? These kinds of crimes are commonly committed against Asians or Hispanics, not because they have nicer furniture or stereos than everyone else but because that’s where the cash is. I know of one Hispanic client who lost $75,000 in cash to a home robbery.

The best way to find out how much a new immigrant client has for a down payment is to give them a menu of choices. Show them the required investment and resulting monthly payments for ten percent down, twenty percent down, etc. The client may also be interested in a quick qualifier or no document loan so be sure to explain the requirements for these as well. Usually, the loan that the client expresses the most interest in is the one they will likely have saved the down payment for.

Myth 5: People from outside this country are unreasonable when it comes to negotiating.

Remember, there are two types of countries in the world- negotiating and non-negotiating. The United States is a non-negotiating country where we generally pay the price asked by vendors. In most other countries around the world people haggle on everything from groceries to clothing to homes. To expect someone from one of these places not to bargain is tantamount to asked them not to breathe.

Experienced negotiators know that when they first make an offer on a home it is the lowest they will ever be able to go. They can only go in one direction from there up. This is why they will start embarrassingly low with their initial offer even if they might be willing to pay full price.

Also, veteran hagglers are aware that they have the most bargaining power just before close of escrow. This is when they will usually ask for one extra concession to show their skill. Smart agents will tell their sellers to set something aside for this time otherwise it will likely come out of the agent’s commission. For instance, if the seller was willing to concede a refrigerator or clothes washer or dryer it’s best not to include it in any purchase. At close of escrow it can be thrown in to sweeten the deal as long as there is no more negotiating.

Myth 6: People from other cultures are difficult to work with.

The author hears this statement from agents throughout the country. Too bad for them because if you know how to meet the special needs of multicultural clients they can be just as loyal and enjoyable to work with as anyone else. In addition, people from other cultures are very good about referring their friends and family if you serve them with sensitivity and patience.

An added bonus when working with people from outside the United States is the opportunity to learn about other cultures. Just think of it. You can take a round-the-world trip without getting seasick or losing one piece of luggage.

Myth 7: Foreigners should be as American as possible when they’re in this country.

Did you ever wonder why we are called the Ugly Americans when we travel outside our borders? We will fly to Germany, France or China and expect the people there to accommodate us in terms of providing the food and other amenities we are comfortable with. We expect to be served pizza in Asia and to speak English in France.

Just as it’s difficult for we Americans to leave our 200-year-old culture at the gate when we travel abroad it’s even harder for those coming here with cultures that are thousands of years old to do as we do here. While they do try it is hard.

Also, if we want a little piece of business from the fastest-growing segment of the real estate market it is we who will have to adjust a little. Take the time to learn about other cultures, languages and foods. As a bonus you will become a much more interesting person to talk to in the process.

Myth 8: Home buyers from other countries are disloyal and usually end up working with the listing agent.

People who are buying homes don’t understand how real estate agents get paid in this country. If you educate all of your clients about how hard you work and the fact that they must buy from you to get paid you will get more loyalty.

It’s a sad fact that almost everyone in America thinks that all agents who represent buyers do very little to earn a lot of money. If this is the case why should anyone be loyal to the selling agent? By going directly to the listing agent there is a good chance to get a kick-back since their commission is now doubled. We must educate our buyers from all cultures what we do for a living and how valuable it is for them to have separate representation.

Myth 9: We should treat everyone equally, regardless of culture.

Yes, it’s true that we should treat every client fairly, but this does not necessarily mean equally. For instance, if a buyer who is blind comes into your office would you simply hand them a contract to read? This is equal but is it fair? Hardly. Wouldn’t you try to treat them equally?

Similarly, by taking into account the unique needs of every client aren’t we serving them better? This would be equally true for being culturally sensitive.

Myth 10: People don’t want to talk about their culture, they just want to be treated like everyone else.

This is probably the biggest myth when dealing with people from other cultures. We who are from diverse cultures know we are different and unless something is mentioned early in your relationship with a multicultural client it will always stand as a barrier to building true rapport.

Once you take a sincere interest in your client’s cultural background they are usually more than happy to tell you about their language, food and even beliefs. Get into the habit of asking every client, Where do your ancestors come from? Notice, this can get the conversation started with someone from Ireland just as easily as Thailand.

Try asking clients how to say hello or even your name in their native tongue. You may be slightly embarrassed as you struggle with their language, but they’ll love you for it because now you know how they feel trying to speak English.

If you want to be truly successful with people from other cultures you must make an agreement with each and every one of them. I will teach you about American real estate, contracts and related laws. In exchange, I want you to teach me about your cultural background. In this way, you develop a mutually-beneficial relationship which will hopefully last a lifetime.