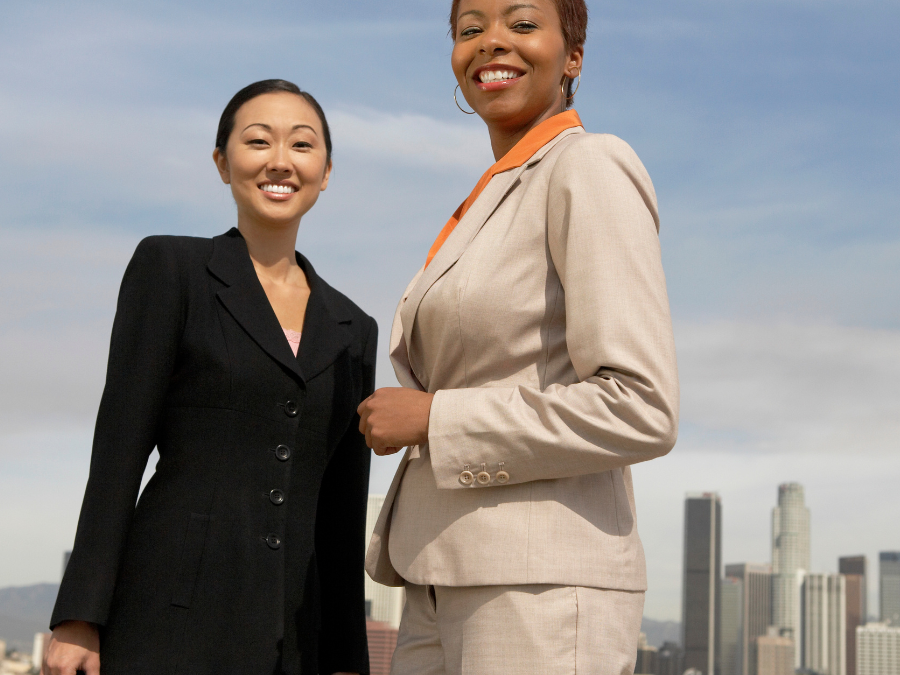 Despite headlines proclaiming growth and progress, the funding gap for female and BIPOC-founded startups remains significant. Halfway through 2021, the funding for U.S. startups led by Black women had already outpaced the total from 2018 (the previous five-year high), but the $494 million raised at that stage still represented just 0.34 percent of total venture capital spent.

Part of this gap is the size of funding, with the most investments in Black women-founded businesses happening in the seed or Series A stages, but there are several other barriers the industry needs to address, because when we’re gatekeeping funding to a part of the population, we’re cutting out the opportunity for women and people of color to thrive in society and create even more opportunities for others.

For Black founders, as a whole, $1.8 billion in the first half of 2021 represents just 1.2 percent of the $147 billion raised for all startups. Only 17 percent of VC funding went to companies with at least one female founder. Overall, only 4.9 percent of VC partners are women, and only 0.4 percent are women of color. Despite the number of companies started by women growing to 40 percent in recent years, the VC backing has only recently started to move—and not nearly enough.

The gap may be closing, but it remains significant to the point of having a negative impact on the economy. Eugene Cornelius of the Milken Institute recently noted that the lack of funding to BIPOC and female founders reduces annual GDP by as much as $4.5 trillion. Lack of funding for more than half the population results in reduced innovation, limited opportunities and the dissolution of ideas that could supplement and grow the overall economy.

To address the pervasive funding gap and disparity in how companies are started, funded and grown, action is needed. Here are five ways we’re doing our part and recommending others explore to address the gap:

Participate in BIPOC and female-oriented VC events and groups

If the current apparatus by which startups are identified, selected and funded is tilted in such a way that less than 20 percent have one or more female founders, then the selection process needs to change. This starts with how startups are identified and engaged. Events such as the Women’s Venture Summit and Impact Capital Forum’s focus on BIPOC and female-focused investment are becoming increasingly common. They are an effective way for investors to find and engage with founders who may have been excluded or discouraged from participating in traditional channels that have been historically white and male.

Another strategy that is working well is the use of scout funds that provide opportunities to connect female entrepreneurs with investors. You can join events by groups such as Fyli, launched by Jaclynn Brennan and Yanyi Li, the “female mastermind membership community,” which focuses on educational masterclasses, mentorship and funding opportunities for early-stage female founders. A crypto-based opportunity is in the Bad Bitch Empire, founded by Lisa Carmen Wang, which connects women investors to women-founded Web3 companies and has a long list of male allies working in the space to help them achieve their goals.

Increase measurement during due diligence

For VCs to become more engaged with and aware of the gap in their funding processes, they need to be measured. Firms need to start requiring fund managers to report on the key elements of a company’s structure. Who are its founders? What is its mission? And what kind of leadership does it represent? The due diligence process accounts for many factors when evaluating the investment opportunity for a startup. Gender and racial diversity are key vectors that can and should be measured, but only 25 percent of partners currently investigate it, despite a much larger percentage indicating they would like to take it into consideration.

Current investment guidelines for financial institutions can be restrictive, requiring minimum investment levels that smaller funds focused on gender and racial diversity are unable to absorb and manage. Investment guidelines need to be adapted to account for this disparity. Some approaches already being explored include rolling funds that allow immediate investment when new capital arrives, gender lens investing that focuses on specific entrepreneurs to address these gaps and shifts in the focus on existing funds based on industry data about their performance.

Monitor and evaluate diversity in leadership roles
Leadership within VC funds is a crucial component of ensuring more diverse investment guidelines. And yet, despite the commitment of many funds to improve, 65 percent have no women in leadership roles at all and 81 percent don’t have any Black investors. The lack of diversity in the people who scout, evaluate and fund startups has a direct impact on the lack of progress in addressing the funding gap. It’s not just a matter of perspective, but of diverse experience and ideas in the decision-making process.

Taking a grassroots approach to funding

The VC process has followed the same procedures and best practices for decades. The lack of innovation can make real change difficult. Many funds that want to focus on a broader, more diverse portfolio have struggled to raise the capital they need to do so. To address this, new initiatives are being explored. For example, 22 Fund created Ally Capital Collab, is working with 2045 Ventures and Supply Change Capital to set specific standards for advocacy in funding, support across the funds during the process, and to provide key education to potential investors about the financial and social benefits of investing in BIPOC and female-focused funds.

These are just some of the ways that funds can be reallocated and implemented to reduce the gender gap in startup funding. It will take innovation and a commitment from throughout the industry to make further progress. To fully tap into the vast resources of the best and brightest entrepreneurs, it’s time to make real change that elevates diverse voices, identifies more investment opportunities and closes the funding gap once and for all.