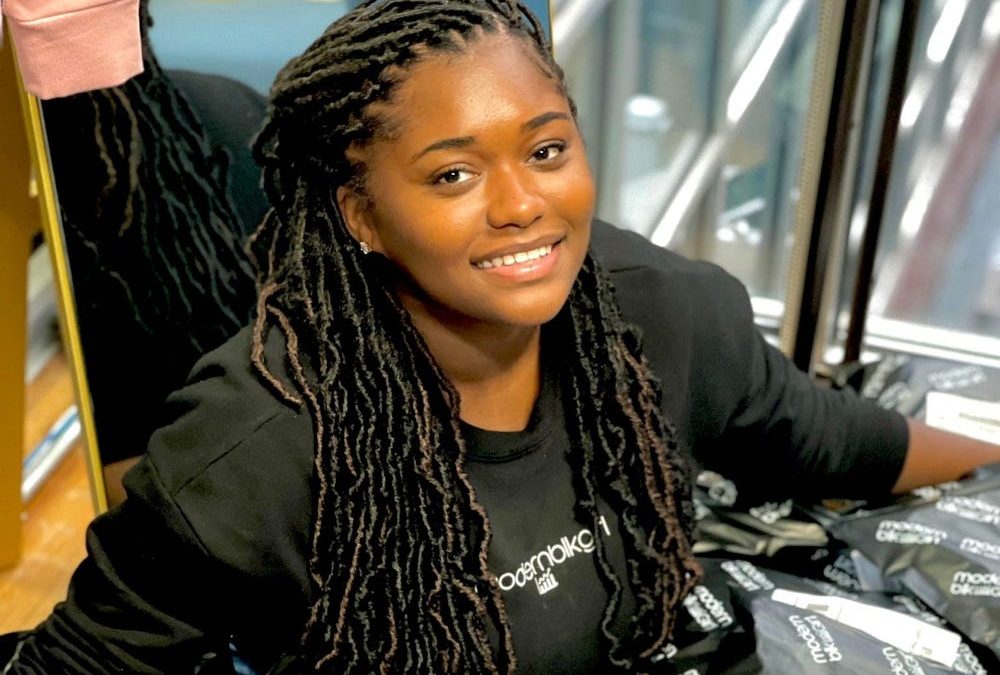 Even though more people are investing in the stock market, a CNBC study shows that 59% of Black women and 48% of Hispanic women don’t own individual stocks, mutual funds, bonds, cryptocurrency, or real estate, compared to 34% of white women and 23% of white men.

Financial literacy coach Tiffany James, 26, makes it her business to change those statistics, and teach Black women everything she knows about investing.

James was working in the fashion and hospitality industries in New York City when she first started investing in 2019. One of her coworkers was a “Tesla bull,” an investor who believes in Tesla’s aggressive growth in the future, who kept pushing her to buy Tesla shares.

At the time, James already had a small portfolio that she started in 2016 that was doing well, but she didn’t pay much attention to it. She decided to take a risk and invest in Tesla in late 2019, when shares cost $65-70 each. She started gradually investing $4,000, which grew into six-figure gains as the price of Tesla shares rose to $1,000 each.

Since 2019, James has invested a total of $10,000 in the stock market, finessing trades, long-term LEAPs, securities, options, and futures into a million-dollar portfolio in just two years. Now she’s teaching Black women everything she knows about the stock market by starting a community called Modern Blk Girl (MBG).

1. Start with what you know

With her massive gains in Tesla, James said she spent a lot of time researching companies with “futuristic ideas.” She researched the electric vehicle industry and decided to invest in companies like Blink (BLNKW) that produces charging stations.

While she was investing in something new and risky like electric vehicles, James also invested in something safe, like the S&P 500 (SPY), which measures the performance of the top 500 publicly traded countries in the US. James says about 60% of her portfolio is invested in safe growth.

James was also inspired by her love of makeup and fashion to invest in makeup retailer ULTA. It was a smaller stock, but ULTA “did my account some justice,” she shares.

2. Kill the myth that you have to have a ton of money to start investing

James asks her girlfriends and MBG community, “How many times did you go to brunch this summer? How many vacations did you take this year?”

Her friends respond that they typically spend $4,000-$5,000 on leisure each year. “Let’s say you take even 20% of that and invest it in the market,” James says. “You’re looking at really big gains.”

In a discussion on the audio-based social media app Clubhouse, James shared a challenge with her growing community of fellow Black women investors. She wanted to grow $2,000 into $250,000, using trades, long-term LEAPs, and options, and met her goal in just seven months.

“When you put it in that perspective,” says James, “people will start to think, ‘Oh, I can do that!'”

3. Listen to investing stories and advice from people you relate to

“A lot of people in the financial space who get really passionate about what they do, they lose touch of reality a bit,” James says.

The finance space has historically been filled with white men who come from wealth and get in too deep, to the point that they lose touch of what it’s like to be a regular person in the stock market. While they might have helpful advice, James suggests listening to people who speak the same language as you, with experiences that you can relate to.

“At Modern Blk Girl, we’re not very traditional when it comes to investing and teaching,” James says about her community’s success. “We like to bring real life scenarios when we’re teaching people about investing. So we’ll compare a stock going up in price to going on a date and having high emotions.”

James believes that the stock market was designed to seem “scary or unattainable,” especially for Black women and people of color. “Once people realize you don’t need to get fancy degrees to learn how to make a trillion dollars from the stock market, the [finance space] could start looking really different.”

“This is why stepping into the market loudly, as people of color, is so important,” she says.

James says the key to success is joining a community of people with like-minded values. A daughter of Jamaican and Haitian immigrants, James had a hard time staying accountable and motivated until she found a community of Black creatives who were just as excited about the stock market.

“It’s motivating, having a big-sister, little-sister moment where Black women who have been trading for a while can mentor younger investors,” shares James. Modern Blk Girl is a space where James and her friends share investing and trading tips that align with their values as Black women.

James shares that being generous with her money helps her stay motivated to keep investing, too. “When you learn about the market, your attitude toward money is that you can always get it back. I don’t really think about money as much because I know I can always get it. That’s the kind of flexibility I want for every Black woman.”