A Milk Bank On A Mission To Tackle Inequity 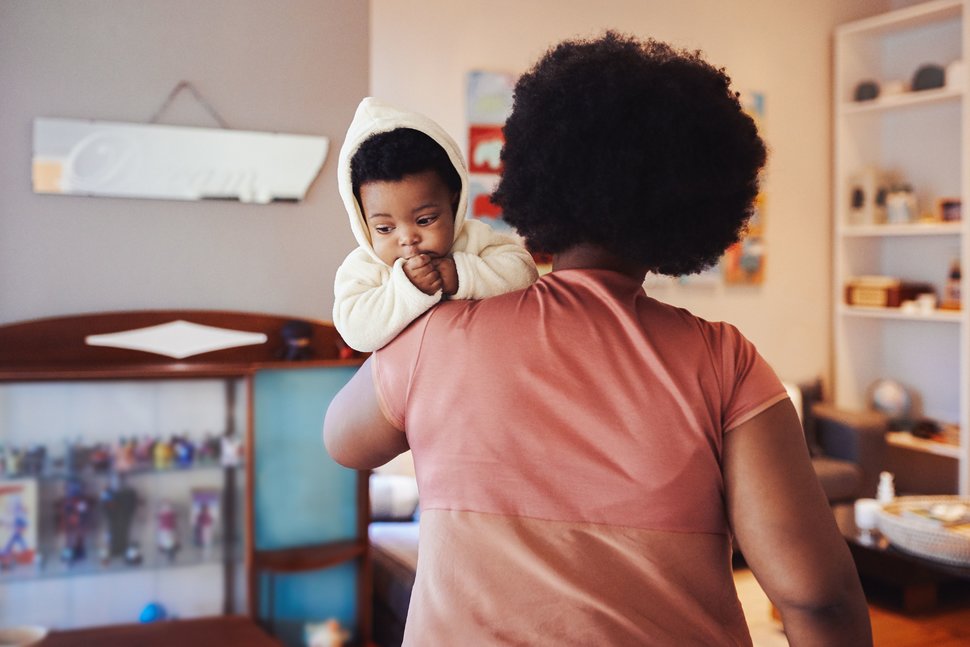 An Illinois-based milk bank wants to ensure that communities of color have access to donated breast milk.

CHICAGO — MEDICAL experts agree that a mother’s milk is the best source of nutrition for newborns, particularly those who are preterm or have medical conditions. It supports the immune system with antibodies that help babies with underdeveloped or medically fragile gastrointestinal systems and reduces the risk of premature babies developing necrotizing enterocolitis, a gastrointestinal condition that could lead to death.

But due to a range of socioeconomic factors, Black babies are breastfed at significantly lower rates than their white and Hispanic peers. A nonprofit that serves Illinois and Wisconsin has been working to address such milk inequities for babies of color in underserved communities by giving mothers access to donated breast milk. Donor milk, which is pasteurized to kill bacteria and viruses and screened by lab staff for potential biological and chemical hazards, is an alternative for women unable to provide their own milk or who have babies unable to latch, or suckle.

Mothers’ Milk Bank of the Western Great Lakes, known as Milk Bank WGL and a member of the Human Milk Banking Association of North America, has been working to remove barriers and provide donor breast milk to babies of color. The nonprofit, headquartered in Elk Grove Village, Illinois, about 20 miles northwest of Chicago, has stepped up efforts to serve such families by boosting its educational efforts for hospitals and patients, touting a new Illinois law that offers insurance reimbursements for doctor-prescribed donor breast milk and expanding and diversifying its workforce.

About a year ago, Milk Bank WGL hired Tytina Sanders-Bey as an education and outreach specialist with a focus on working with communities of color, especially those with little or no money. Such families are often patients of hospitals that may not provide the medical support or information necessary for mothers to learn how to get donated breast milk and pay for it.

“It’s more about awareness and education,” says Sanders-Bey, a mother of six. “I’m letting them know that donor breast milk is an option for them and it should be considered.”

Milk Bank WGL also plans to appeal to other groups, such as the Native Breastfeeding Coalition of Wisconsin, to help recruit an indigenous breastfeeding counselor, because of a significant indigenous population in Wisconsin and Illinois, says Summer Kelly, executive director of Milk Bank WGL.

“We believe that our workforce should represent the communities we serve,” Kelly says.

The American Academy of Pediatrics endorses the use of pasteurized donor human milk for preterm infants when the mother’s milk is unavailable. However, many hospitals do not utilize donor milk. According to a 2017 report from the Centers for Disease Control and Prevention, hospitals in areas with higher shares of Black residents reported lower percentages of infants in the neonatal intensive care unit regularly receiving a mother’s own breast milk or banked donor breast milk than hospitals in places with lower shares of Black residents.

Reasons included “variations in health care personnel support, hospital policies and practices, mothers’ knowledge and access to information, and community-level support for breastfeeding.” Other factors influencing donor milk use included hospital proximity to milk banks, state regulations and hospital policies related to the provision of donor milk and insurance reimbursement, according to the report.

In addition, a 2019 study in the International Journal of Pediatrics found that among 174 mostly black postpartum women surveyed at Brooklyn, New York’s Kings County Hospital, only 34% were aware of the use of donor breast milk and milk banks. More than 60% of mothers preferred the use of formula compared with donor breast milk if they were unable to provide their own breast milk, because of not wanting to give someone else’s milk to their baby, concerns about infections, religious beliefs, or the cost and the lack of insurance reimbursement.

The price of donor milk is a major barrier facing minorities in poorer areas – and women in general. Donor breast milk could cost roughly $3 to $5 per ounce, according to a 2018 post by Dr. Lydia Furman, an editor of the journal Pediatrics. Multiply that amount by several feedings per day, and expenses could cost thousands of dollars per month. The Affordable Care Act also does not mandate reimbursement for donor breast milk and Medicaid reimbursement is inconsistent from state to state, according to the National Association of Neonatal Nurses.

To help alleviate the costs, Milk Bank WGL provides significant discounts to hospitals with inpatient babies “to help reduce racial, ethnic and economic disparities and to promote health equity,” says bank program manager Susan Urbanski. The discounts are confidential due to agreements with the hospitals, she says.

In addition, Milk Bank WGL offers discounts of 25% or more for babies at home, while babies on hospice care at home get their donor milk for free, Kelly says.

Some lawmakers also are trying to make donor breast milk more affordable. Illinois State Rep. Katie Stuart, a Democrat in Edwardsville, Illinois, was the chief sponsor of the bipartisan human breast milk coverage bill, known as HB 3509, which became law in January and joins similar laws in California, Texas, New York, New Jersey and Utah. The Illinois law provides health insurance reimbursements for doctor-prescribed donor breast milk for medically at-risk babies, such as those born premature or with other conditions.

“We are proud that our Illinois law mandates coverage for infants who meet specific criteria for the first 12 months of life,” Stuart says. “Some states mandate coverage for the first three to six months of life. This simply does not provide adequate coverage for a select subset of infants who may experience severe formula intolerance due to the effects of prematurity or congenital or genetic disorders. These children have complex medical needs and benefit greatly from donor milk throughout the first year of life.”

While champions of the bill are excited by its passing, details surrounding its implementation are still being worked out. If an at-risk baby is an inpatient at a hospital and using donor breast milk, then the hospital submits claims on behalf of the patient to the insurance company to get reimbursements for the cost of the donor milk. However, state officials and the insurance industry are still negotiating the amount of reimbursement and the types of codes needed to process the claims. A resolution is expected soon, Stuart and Urbanski say.

In the meantime, Sanders-Bey, a lactation counselor and doula for about 20 years, continues her mission on behalf of Milk Bank WGL to work with community organizations, families and medical professionals in urban and rural areas.

“Last year, I never saw myself at the milk bank, but now I am in a position to make a huge difference (in) areas that need it the most,” she says. “I work from the heart. It’s not a job – it’s a way of life.”