‘A Space To Unburden Yourself’: Yoga Club Breathes Life Into Black Health And Wellness 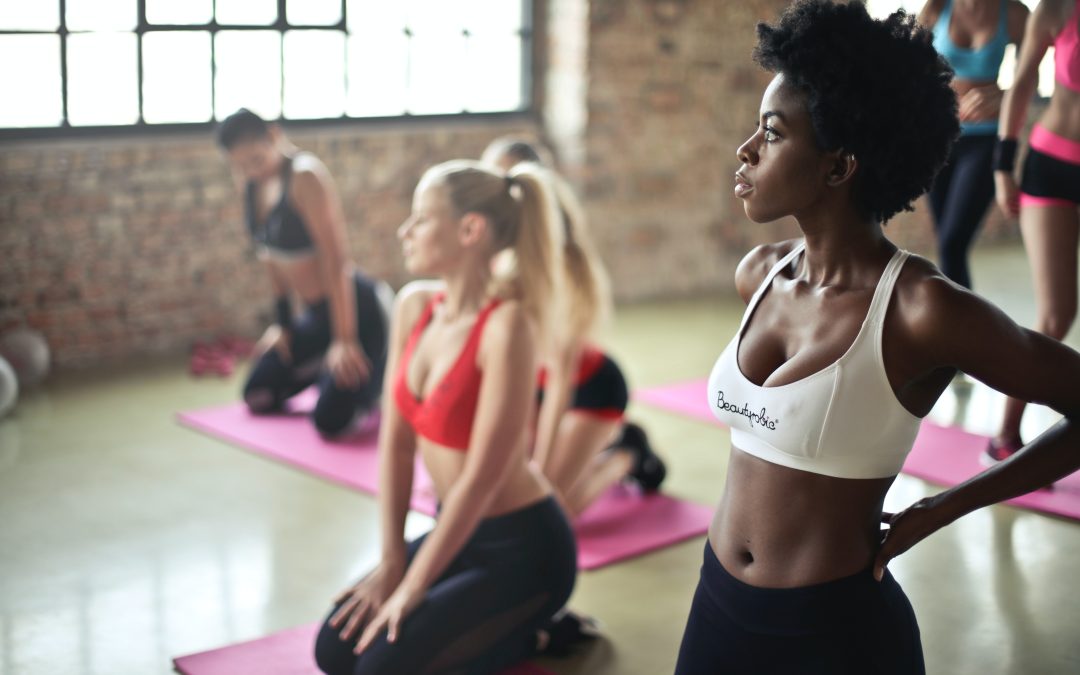 It’s no secret that the health and wellness sector is booming, with a current global valuation at $1.5tn. But for Paris Alexandra and Alicia Ferguson – co-owners of BK Yoga Club in Brooklyn, New York – providing a healing space for Bipoc bodies is more than just a savvy business venture. Their body-positive, inclusive yoga studio is an urban sanctuary where people of color can nurture their bodies without shame.

It’s a calling that Alexandra and Ferguson take seriously, especially in light of the white-dominated world of North American yoga. “Our bodies might look different than the traditional European body shape,” says Ferguson. “We want to be in places where we see other Black and Brown bodies moving and breathing and coming together around the idea of creativity.”

Ferguson and Alexandra first launched BK Yoga Club in 2019, only to have their original Dumbo location shuttered by Covid-19 last year. The duo got a fresh new start this summer – this time, in the historically Black neighborhood of Bedford-Stuyvesant. In addition to a brand-new studio, they’ve opened On Dekalb by BK Yoga Club, a studio space and coffee shop that sells tea and homewares by Black and brown makers and hosts a book club spotlighting Black authors.

What was the inspiration behind the studio?

How important is it to have plus-size representation at the BK Yoga Club?

Paris Alexandra: I always say self-determination is an important thing at BK Yoga Club where people get to define their journey. So, wherever they are on that journey of cultivating self-acceptance, we want to meet them there. The whole premise of body positivity is to look for strength and look for markers of success outside of losing weight. It’s about focusing on what it means to build habits, and really focusing on those markers of success that inevitably help us build a sustainable, healthy lifestyle.

How does your space help Black people release the trauma we carry as a result of the Black experience in the US?

Ferguson: As Black folks, there are so many microaggressions and offenses we hold in our bodies. Yoga allows us, specifically as Black folks, to release. We don’t need to hold on to that, or feel like we need to shoulder the weight of what goes on in society, or [negative] family dynamics that continue to perpetuate. We really get to allow ourselves the space to discuss how we’re feeling, say we’re not OK and to breathe through it, move through it, and stretch through it.

How did you weather Covid-19?

Ferguson: We just started picking up steam when Covid hit. We took a moment to pray about it, and what we were getting was to be still, pray and try not to feel anxious. So we asked, “How can we be of service?” We looked at what the community needed, and we started creating the programming. We went digital fairly quickly and partnered with therapists in our network to offer a support group called Hey Sis, You Good? It was a space to unburden yourself.

Tell me about On Dekalb by BK Yoga Club

Ferguson: A coffee shop was part of our original vision for BK Yoga Club. When I moved to Brooklyn, coffee shops were where you found out everything about the people in your neighborhood, and who had something to rent or give away. Creating that space, where people don’t necessarily have to take yoga but can feel grounded or centered, is important.

How is storytelling an integral part of your practice?

Ferguson: We’re really showing the breadth of what Blackness looks like. Our experiences are so different, and we get to show that through the space. You notice that even in our Instagram. Storytelling in general, and telling the stories of Black women, is important. It’s the lens that I see everything through, and how we show up in life.

Alexandra: In our space, we celebrate Blackness and the multi-dimensionality of who we are as Black folks. We don’t ask permission. It’s about knowing we are worthy of celebration, and we are worthy of our joy. It’s really about telling our stories collectively and I guess, by default, that is tackling anti-Blackness. But we aren’t defending our Blackness.