Being Asian-American in the time of Covid-19 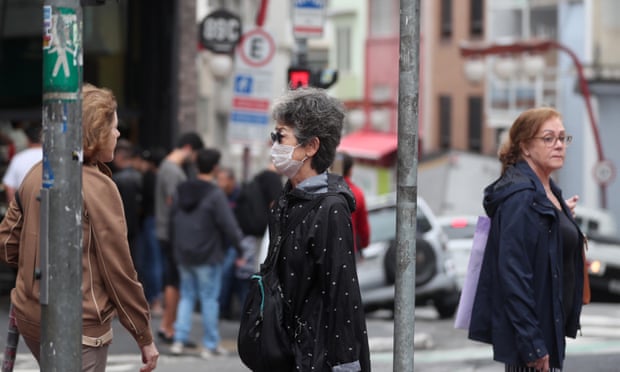 In March, when my sister in California said she thought strangers were giving her dirty looks for being Chinese, I said she was probably imagining it. Why? Because being a racial minority entails constantly triple-checking whether every micro-aggression was in fact racially motivated, or if you’re being paranoid. I try not to make everything about racism because when all you have is a hammer everything looks like a nail. But mostly I believe that thoughts lead to feelings, and feelings lead to actions, and sometimes I need to subscribe to fictions of safety to conspire a way to leave the house. Until the paranoia turns real, and the violence comes knocking.

Anti-Asian hate crimes are on the rise. In New York, a woman punched an Asian woman on the street, possibly dislocating her jaw, after shouting You’ve got coronavirus! In Texas, a man cut and stabbed a Burmese American family of four at a Sam’s Club, slashing one of their two sons from the back of his ear to his eye. One day, I’ll hear Trump insist on calling the coronavirus the Chinese virus, and on another, I’ll read the Chinese American writer Jiayang Fan report hearing a man call her a Chinese bitch while she was taking out the trash. At some point between the two, I stop thinking my sister was imagining dirty looks, and I think twice about whether or not I should take walks with earbuds in. I wasn’t offended, writes Fan. I was afraid.

An instinct towards fear before offense betrays a kind of racial pragmatism that I’m familiar with. I am not used to asserting pride in my race. I’m more likely to lay aside my ego and try to avoid conflict out of self-preservation. To ignore racism means to think like a white person, and if you think like a white person you might be able to live as one, so goes the myth of the model minority, which my mother subscribed to, when taking me as a child to the LA Philharmonic or the Huntington Library so that I could be schooled in western art.

Expelling Chinese people will not somehow expel the coronavirus
When I see a petition circulating to ban wet markets, however, I can’t help but take it as a personal accusation. As if to say: no matter how high you rise in the world, this is still the savagery you come from. While I was born in America, the wet markets were part of my mother’s daily life growing up in the slums of Hong Kong. I only visited the Hong Kong wet markets once, in 2013, and remember live chickens in cages, about to be beheaded. Whole pigs dangled from hooks in market stall roofs, strung with light bulbs. The briny smell of fish stacked like bricks, and concrete floors dark with watered blood repulsed and thrilled me. Vendors shouted at me in Cantonese, a language I can’t speak, so instead, I trailed after my uncle as I felt cocooned by sweaty bodies. Here, the agony between life and death was made palpable with a ravenous urgency I found masculine and barbaric. But this is where I come from. No matter where I end up.

I am not for or against banning wet markets, but it is possible to feel proud of a culture you don’t entirely approve of. For most of my life, I have been ambivalent about feeling proud of the coincidence of identities my family assigned me at birth. Though the pride I’m called to now isn’t about self-esteem located in some syrupy interior, but a moral act, for my sake as well as others. As the French Sociologist Didier Eribon writes, pride in his case, pride in being gay, is political through and through because it defies the deepest workings of normality and of normativity. Our neoliberal culture likes to promote certain notions of normality and with it the idea that populations ethnicities, social classes, sexual minorities, automatically self-purify towards a greater good. To combat that lie requires the diversity that enlists pride in oneself and the other.

When, as early as late January, Rome’s Saint Cecilia Conservatory suspended oriental students from taking classes, even if they’d never been to China, the Chinese philosopher Yuk Hui denounced the actions as conducted out of fear, but more fundamentally out of ignorance. Hui goes on to say that suspending Asian students might be characterized as immunological. But expelling Chinese people will not somehow expel the coronavirus. While the latter may never be possible, the former certainly is, as the history of the Chinese Exclusion Act darkly shows. We aren’t choosing between the safety of Asians and the safety of a dominant population. We can have a safe and diverse population. And the diversity worth fighting for is a reach towards justice, and a stand against the violence that endangers it.

See original article at The Guardian