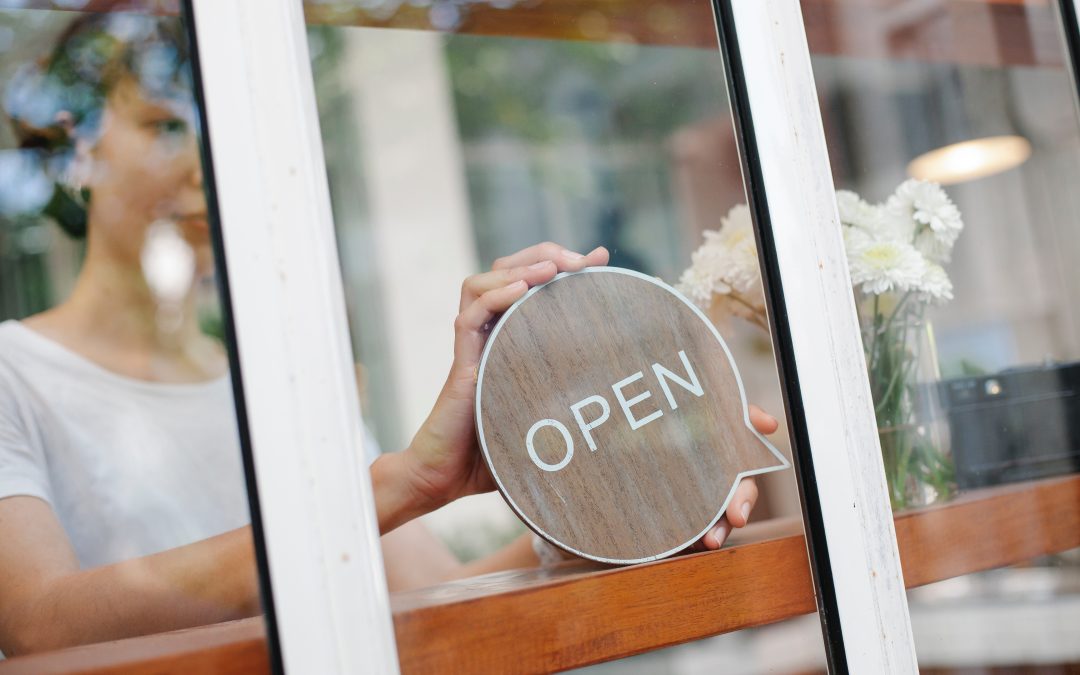 Starting a business from scratch is no easy feat. New entrepreneurs must provide a sought-after product or service, navigate the sometimes treacherous waters of the digital marketplace plus tackle ancillary tasks related to shipping, branding, sourcing and hiring.

Now add into that mix an entrepreneur in the group often referred to as BIPOC (pronounced “bye-pock”) – Black, Indigenous, and People of Color – and challenges can multiply. And yet many overcome all the usual and unique obstacles to create successful enterprises.

BusinessNorth talked with three BIPOC business owners, all of whom started their firms in the Twin Ports. Each has encountered pretty sweet successes, but they’ve also faced and broken barriers along the way.

Cal Harris, with his wife, Natalie, opened Superior Waffles last July. From their location within Superior’s historic New York Building on Tower Avenue, the Harrises create and serve sweet and savory waffles. They employ a staff of 14.

Harris, an African-American man, also works full-time as an integration specialist for Duluth Public Schools. He serves on the boards for Men as Peacemakers and Positive Energy Outdoors. He is a member of the Milwaukee branch of the NAACP and is the former president and vice president of the Twin Ports African-American Men’s Group.

Business has been booming for the Harrises since Day One, with exciting new initiatives being added all the time. “We’ve been doing a lot of pop-ups,” Harris said. “We were at the Lake Superior Ice Festival, where we used a trailer that we rented from the Oakland Fire Department. We had a really huge turnout. We’ve also been contacted to do the Proctor Fair and visit Fairlawn Museum. We’ve added new items to our menu, and we started partnering with Food Dudes – that’s been a new adventure.”

Harris has conquered logistical challenges. “The easy part is making waffles,” he said. “But all the outside forces – such as hiring, keeping employees and food shortages – have been tough.”

In growing his business, he wishes there were more BIPOC entrepreneurs to consult locally. “I now have relationships with other businesses and restaurants, but I’d like to be able to connect to other BIPOC business groups,” Harris said. “I wish we had had that at the beginning. For instance, when we were doing our build-out, four construction companies gave us four quotes – ranging from $12,000 to $60,000. Is that routine? If we had a business group, we could discuss these kinds of things, recommend contractors, and maybe even set up a grant fund.”

That said, Harris has also felt community support. “I’m so grateful and appreciative of the Superior community, both the city’s leadership and our returning customers.”

Sarah Agaton Howes started doing custom sewing and beading about 12 years ago while she was also teaching cultural arts. Agaton Howes, an Anishinaabe woman, opened House of Howes in 2014, later rebranding as Heart Berry, the direct English translation of Ode’imin, or strawberry.

Asked to describe Heart Berry, Agaton Howes explained the three facets of her business. “We are a lifestyle brand. We put a contemporary twist on traditional Ojibwe items, like earrings and blankets. We also do custom work, such as art installations and logos. And I teach cultural art, such as moccasin-making, at universities, tribal communities, schools and via Zoom.”

With the help of her mentor, Louie Gong, Agaton Howes learned how to set up a website, take photos and use technology, including Adobe Illustrator and Zoom. “It’s taken a lot of adaptation to teach over Zoom,” she noted. “But, speaking as a Native person and a woman, I’d say we are pretty good at adapting.”

While she started as a sole entrepreneur, Agaton Howes now employs two other people. She is pleased to share that she has taught moccasin-making skills to over 800 students and that she markets wool blankets, a culturally significant item. For now, she still operates from an outbuilding on her property, located on the Fond du Lac Reservation. She sells her items online and hopes to expand to a bigger brick-and-mortar space some day.

“I live in rural Cloquet and shipping has been a challenge,” Agaton Howes said. She also noted that learning all the new systems to keep her business running has been tough. “I’m accepting that I’ll always be learning, troubleshooting and adapting every day.”

She, like Harris, wishes for more local BIPOC mentors in business. “The lack of role models is a big barrier,” Agaton Howes said. “There are very few Native-owned small businesses. Also at the manufacturing level, wool blankets are dominated by non-Native companies. For instance, many people think Pendleton is Native-owned, but it’s not. There is a lot of misconception.”

Over the years, Agaton Howes has received the Philanthropy Gift from the Waterers Foundation and the Peacemaker Award from Men as Peacemakers. She has also served as a fellow for the Minnesota Historical Society. She’s grateful for the honors and for the work she gets to do. “I feel like I’ve won the ‘artists’ lottery’ every single day.”

Nate Elsey-Williams started Northside Bags as many entrepreneurs do – by experiencing a problem and trying to solve it. Elsey-Williams, now 24, was just 19 and at a music festival when he found himself dehydrated, separated from his friends and with a dead phone battery.

“Through trial and error, I developed the solar hydration backpack,” he explained. “It features a 6.5-watt solar panel with a battery pack and a USB port. It also has a 2.5-liter hydration pouch.”

Originally from the state of Virginia, Elsey-Williams was displaying his backpack at trade shows when he was approached by representatives from AlphaMark, a promotional products supplier in Duluth. They liked his product and offered to help, and Elsey-Williams moved to Duluth to start his business.

Northside Bags, said Elsey-Williams, is one of just two Black-owned backpack companies in the United States. He has since moved back to Virginia, where he operates his business as an e-commerce brand. However, Northside Bags is available at two Duluth locations: Great Lakes Gear Exchange and Superior Cannabis Company. He is developing a fanny pack to add to his collection.

Some of Elsey-Williams challenges to success came because of his age. “When you’re a small business, and you’re as young as I was, it’s challenging. I didn’t have a lot of money to fund my business, which is why I’m still working at a nine-to-five.”

In addition, he said, “There isn’t a lot of diversity in Duluth. There are some really great people, but not a lot of people who look like me.”

He would like to see more people who look like him hitting the trails, with or without a handy solar-powered backpack system. “My mission has always been (to) get more Black people and all people of color to the outdoor hiking scene,” he said on his business profile.

Elsey-Williams is currently taking business classes and working full-time at Custom Ink, a shop selling apparel and promotional items. He has teamed up with two other BIPOC business owners: Jasmine Guadalupe, owner of The Hood Hikers based out of the Bronx, New York, and Dominique King, founder of the Grow Wild podcast. The three promote each other’s businesses by serving as brand ambassadors.

When these entrepreneurs say they long for more local BIPOC business owners, their perceptions are accurate, according to Carson Gorecki, the northeast regional analyst for the Minnesota Department of Employment and Economic Development (DEED). He provided statistics illustrating just how rare BIPOC and woman-owned business owners are in our area.

According to numbers gathered by the Nonemployer Statistics program, which captures data related to the self-employed, independent contractors and sole proprietors in Minnesota, the share of Black or African-American owned firms with multiple employees was just 1.2% in 2018, the most recent data available. Black or African-American owned firms without employees (nonemployer firms) represented 7.1% of the regional total for all nonemployer businesses. Entrepreneurs who identify as American Indian or Alaska Native made up only 0.3% of the regional totals for both employer and nonemployer firms.

For businesswomen like Sarah Agaton Howes, the numbers are even slimmer.

“In 2018, BIPOC women-owned businesses accounted for 4.2% of all businesses in the state, and an even smaller share of employer firms,” Gorecki said, adding that it’s smaller yet for Indigenous women. “Based on these numbers,” he added, “Sarah Agaton Howes represents a group that makes up an estimated 0.1% of all business owners, making her very rare indeed.”