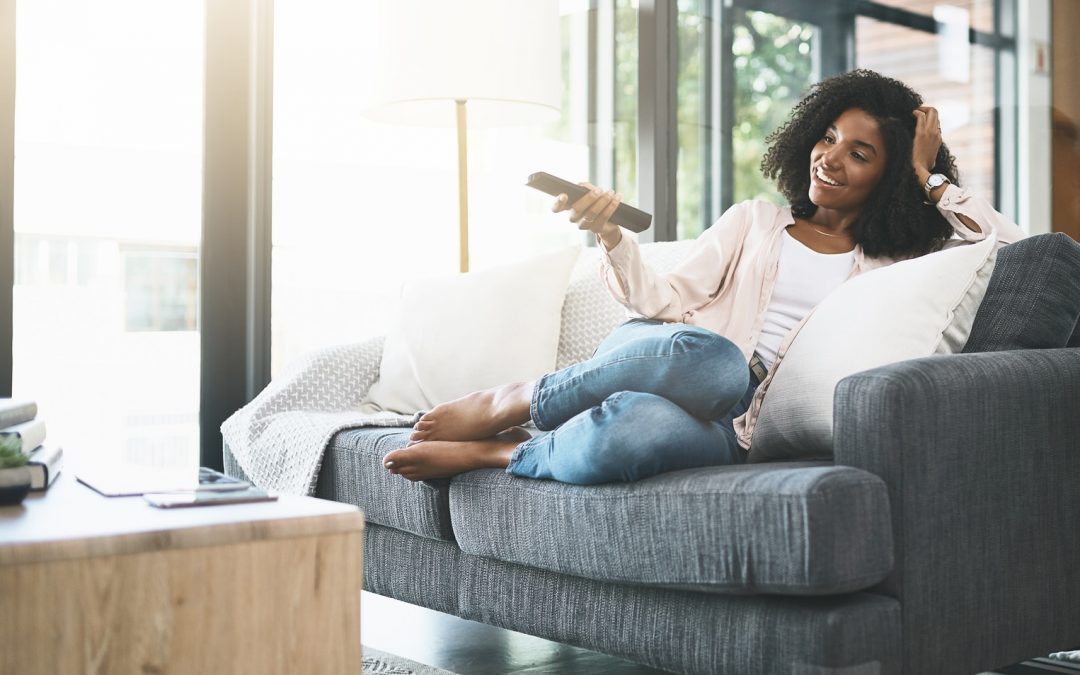 DeShuna Spencer, an entrepreneur who became frustrated with the lack of Black representation in films, is striving to grow a streaming service she launched six years ago. Spencer describes her product, kweliTV, as “a true reflection of the global Black experience versus what we may sometimes see in mainstream media.”
“I really started to see the disparity for people of color — and especially women of color — when it came to getting distribution,” Spencer told CNN. “And so when I couldn’t find what I was looking for, a light bulb went off. I’ll start a streaming service.”

The platform provides a collection of more than 450 streaming options. But unlike major streaming services such as Netflix, Hulu and Disney+, kweliTV hasn’t yet been able to create and buy content. Since launching the product in 2015, Spencer has learned that it’s especially difficult for Black women to get funding for such a service.

Although Black women-founded companies raised $700 million between 2018 and 2019, that number represents only 0.27% of the total venture capitalist investments during that time, according to digitalundivided.

“It’s ridiculous that Black women don’t even get half of one percent,” Spencer said.

“What starts to happen is a trickle down effect of no money actually going to a Black woman founder or Latina founder or a Black man or a Latino,” the New Age Capital founder said.

McMillon said there was some virtual signaling last year amid the George Floyd protests, with some companies appearing to be interested in increasing diversity.

“Do I believe that it substantially changed the tide? Probably not. But I do think it’s opened up just the aperture a bit about what could potentially be coming from these communities,” McMillon said.

Spencer’s company pays out 60% of its revenue to filmmakers on its platform every quarter.

“When I found out about all the difficulties, I had to make a decision. Do I say, ‘OK, I guess this is what it is: streaming services are too hard. You need a lot of money to do it, and maybe I just need to find another dream.’ Or do I figure out how do I make my dream reality whether anyone writes me a check, and I decided to focus on how to make this happen.” the entrepreneur said. “That’s where the 60% revenue share came in.”

The kweliTV founder strives to make her platform a true community for filmmakers.

“About 90% of our filmmakers I have spoken to personally,” she said. “It’s not a transactional type of thing where we have your film and that’s it. We want people to be a part of this ecosystem.”

In addition, the businesswoman attends multiple events throughout the year to speak on the importance of diversity in media and to empower women in entrepreneurship.

For the past six years, Spencer has worked about 18 hours per day, serving as the only full-time employee. But she recently received a $100,000 investment which will allow the company to hire an additional full-time employee. Having obtained 43,000 users as of May, the platform is now seeing progress.
Actor Lil Rel Howery, best known for his roles in Get Out, Bad Trip and Uncle Drew, is now serving as the company’s head of comedy. The product also received recognition from PC Magazine’s 2021 review, which listed kweliTV as second, only behind Netflix, when it comes to the best streaming platforms for Black content.

“There is room for this type of content that we are curating,” Spencer said. “We have a better pulse on what the Black community is yearning for.”

“The global black community refers to the communities throughout the world of African descent who are comprised of unique cultures and histories from North America, Africa, Europe, Latin America, the Caribbean and Asia,” the company states. “We aim to showcase high-quality content (independent film, news, web shows, kids programming, documentaries and more) produced by independent, globally diverse and unique filmmakers and journalists who aim to share their stories and truths with the world.”