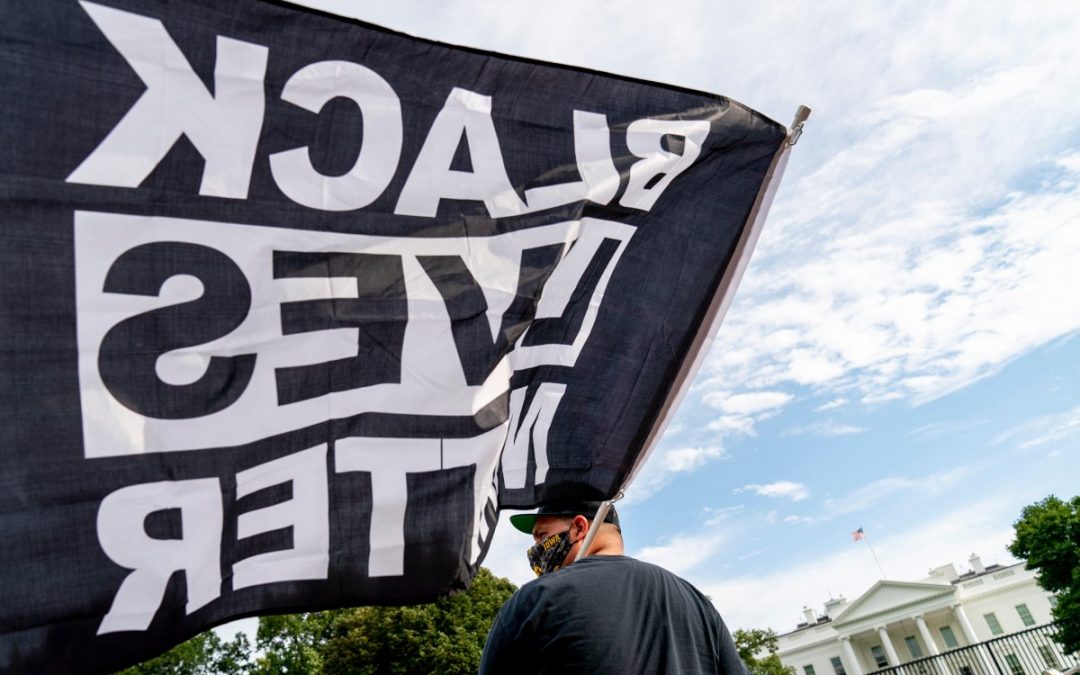 The gathering follows Democratic and Republican party conventions that laid out starkly different visions for America. It also comes on the heels of yet another shooting by a white police officer of a Black man — 29-year-old Jacob Blake — in Kenosha, Wisconsin, that sparked days of protests, unrest and violence.

And it comes on the same day as a commemoration of the 1963 March on Washington, where the families of an ever-growing list of police and vigilante violence victims will appear with civil rights leaders.

Friday’s live-stream broadcast will include policy proposals on such issues as voter suppression, reproductive rights, inequality in public education, housing insecurity and inter-communal violence, according to its agenda, shared exclusively with The Associated Press.

“These are absolutely public policies that the Democratic Party, state and local officials, or anyone who is looking to serve Black people can take up now,” said Jessica Byrd, who leads the Electoral Justice Project of the Movement for Black Lives, a coalition of more than 150 Black groups organizing the event.

In 2016, the coalition released its “Vision for Black Lives” policy platform which included early proposals for defunding police. The new agenda revamps much of that original platform with specific proposals that could lead to an eventual abolition of the criminal justice system as it exists today.

It takes on the pledge Wednesday by U.S. Vice President Mike Pence at the Republican National Convention, who defended police and called for an end to unrest in cities where arson, looting and violence have followed peaceful protests over police brutality.

“Under President Trump, we will always stand with those who stand on the thin blue line,” Pence declared. “And we’re not going to defund the police. Not now, not ever.”

Similar to the Democratic and Republican conventions, much of Friday’s Black Lives gathering will feature pre-taped conversations, performances and other presentations, including 28 mini- documentaries on the issues and addresses by Black organizers in California, Minnesota, Kentucky and Wisconsin.

Earlier this week, yet another flashpoint put police brutality in the national spotlight: The police shooting Sunday in Kenosha that left Blake paralyzed, according to his lawyers. The protests and unrest that followed left two people dead Tuesday.

“Anyone who is watching, who is both enraged or looking for action, will find a space” in the Black National Convention, Byrd said.

The nearly four-hour-long event, livestreaming on the website BlackNovember.org, was directed by award-winning writer and filmmaker dream hampton, who won acclaim last year for the Surviving R. Kelly docuseries. Hosts include activist and TV actress Angelica Ross of Pose and American Horror Story fame, along with Phillip Agnew and Kayla Reed, veterans of the Trayvon Martin protests and Ferguson Uprising, respectively.

“I have long thought there was great storytelling to do in the world of Black activism,” hampton told the AP. “The real stars have always been these organizers who get things done.”

Speakers include Patrisse Cullors, a co-founder of the Black Lives Matter Global Network; Tarana Burke, founder of the #MeToo movement; Raquel Willis, a writer and transgender rights activist; and Eddie Glaude, chairman of the Center for African American Studies at Princeton University.

The Black National Convention was originally planned to take place in-person in Detroit, the nation’s Blackest major city. But as the coronavirus pandemic exploded in March, organizers shifted to a virtual event.

Friday’s convention is expected to be the largest gathering of Black activists and artists, albeit virtual, since the historic 1972 National Black Political Convention in Gary, Indiana, which concluded with the introduction of a national Black agenda.

Earlier in the day on Friday, the Rev. Al Sharpton and Martin Luther King III, a son of the late civil rights icon, will hold a commemoration of the 1963 March on Washington for Jobs and Freedom. Sharpton and King will be joined at the Lincoln Memorial by the families of George Floyd, Breonna Taylor, Rayshard Brooks and Blake, as well as representatives of the Martin and Eric Garner families.

The Black National Convention broadcast begins after the D.C. march has concluded.

“This is truly for Black people, to sit on our porches, or on the train, or socially distanced in a park, and to be like, ‘Look at us,’” Byrd said. “This is nothing that we can’t do. And everything good in this country, we’ve been a part of.”