Black-Owned Businesses Took A Pandemic Hit, But They’re Doing Better Than Ever Now — Largely Because Of Black Women 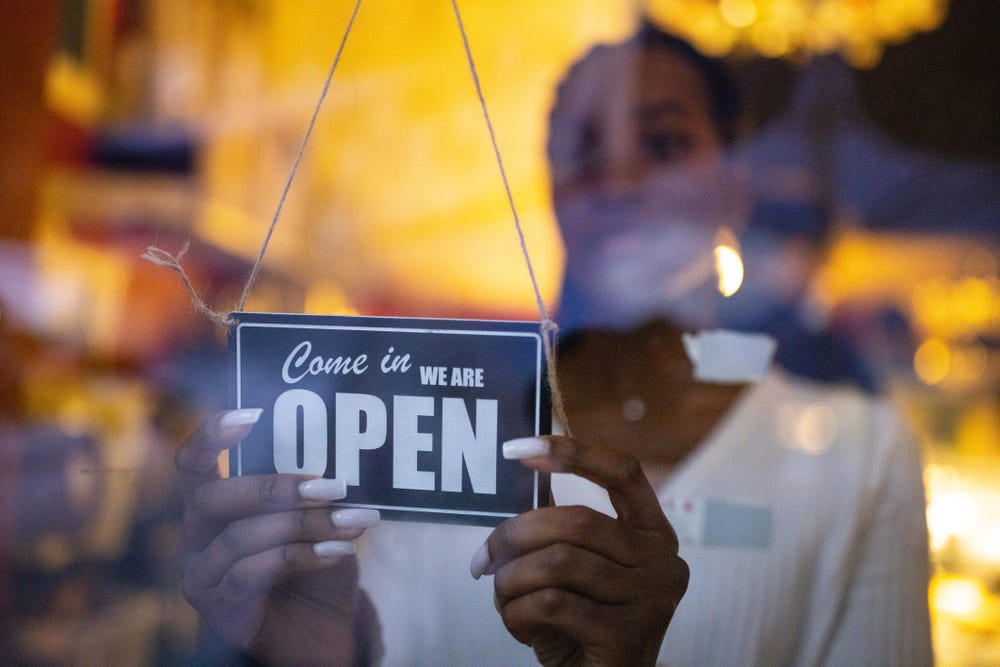 The creation of new businesses has been surging among Black women in recent years, in spite of the challenges posed by the pandemic.

A new report from Wells Fargo shows that Black-owned businesses nosedived by more than 40% in April 2020, more than other racial and ethnic groups. However, the number of Black-owned businesses has since come back strong, currently at about 30% above pre-pandemic levels. Women of color in general have been driving new business growth during the pandemic, and overall, a record number of people are looking to start their own ventures, according to the White House.

“At a time when folks are rethinking their lives and choices, it is not surprising that more Black women are electing to become CEOs of their own companies rather than waiting for their intelligence and skills to be recognized at their current firms,” Melissa Bradley, the founder of 1863 Ventures, an agency for Black and brown entrepreneurs, told Insider.

After all, Black women are paid less than any other demographic group and overrepresented in low-paying jobs, so pursuing their own business venture is a way to gain more control over their work lives. Black women’s entrepreneurship gains in particular align with their exodus from the workforce as millions of women have left due to a lack of childcare, adequate pay, or remote options, as well as a reluctance to expose themselves to the coronavirus.

“The potential return of the freedom of time, lack of unnecessary controls and financial success far outweighs the risk of failure for these Black female entrepreneurs when leaving their full time jobs,” Bradley said.

And that’s just one metric. Educational attainment, median income, and the number of new Black-owned businesses overall increased more for Black Americans than the national average in the last decade, the researchers found.

But the pandemic exposed just how many Black-owned businesses rely on in-person interactions when many of them were forced to close. The government aid program meant to keep small businesses afloat — the Paycheck Protection Program — only reached 29% of Black-owned business applicants, compared with 60% of white ones.

Black people also have less wealth on average than their white counterparts, and therefore less collateral in the event of a financial emergency. That’s been true for business owners of color in general: almost 80% of Asian-owned firms and 77% of Black-owned firms said their financial condition was “fair” or “poor” nearly a year into the pandemic.

Despite those hardships, 2020 eventually saw more new Black-owned businesses formed in proportion to the total population than at any time in the last 25 years, according the Kauffman Foundation’s annual analysis of Census data.

Black workers, along with Hispanic and Asian-American ones, are more likely to get paid poverty-level wages than their white counterparts, according to a 2018 report by the Economic Policy Institute. Women of color in low wage jobs are also more likely to experience workplace harassment. It isn’t a big leap to assume that Black women want to escape these conditions, Jay H. Bryson, Wells Fargo’s Chief Economist, told Insider.

“If you start your own business, some of those obstacles may not be as acute as if you were relying on employment from someone else,” he said. “There may be avenues that certainly benefit anybody, but proportionally they’d be more beneficial to the Black community than other parts of the population.”