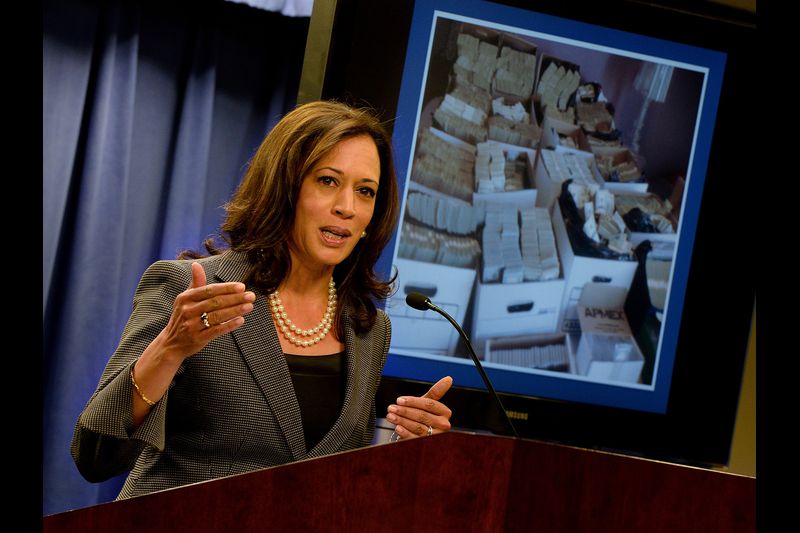 Joe Biden’s selection of Kamala Harris, the daughter of a Jamaican father and a South Asian mother, both immigrants, is both historic and inspiring.

Biden had an embarrassment of riches among his options. Any of the women among the top contenders, including other Black and Asian women, could have been an impressive choice.

But, Harris comes with the benefit of being tough as nails, a true fighter, and one who has already been tested in this cycle on the trail.

But, it’s important to assess not only the impact of her policy positions and credentials, but also the cultural resonance of her selection. She is the first Black woman in such a position on a major party ticket, one who embraces her mixed race heritage. That comes with important advantages, but also some complexities.

First, let me condition all that follows by plainly asserting this: I wish that policy was the primary driver of all our electoral decisions, and that personality, personal story and passions were minimal considerations. But wishful thinking is precisely what that is. Unfortunately, sadly, the presentation of a candidate matters to an enormous degree in our elections.

That said, one thing Harris brings to the ticket is the enthusiasm she generates, and that is no small thing. One misstep Hillary Clinton made in 2016 was the selection of Tim Kaine as her running mate. No matter how nice a person he was or how strong his résumé or how great the chemistry was between the two, his selection as her vice president plopped down like a wet rag. There was no real enthusiasm around the pick.

Harris arrives with an abundance of enthusiasm, sorely needed by Biden, especially among those who relish inclusion. She is a smart, accomplished woman who will no doubt appeal to many other women, particularly when the inevitable sexist attacks begins.

But sexism is a stubborn and insidious thing in society, and the benefit the ticket gets from her being a woman may be counterbalanced by the shadowy gender bias that helped undermine Clinton.

Harris’ mixed-race, daughter-of-immigrants, interracial (her husband is white) marriage story also has appeal, particularly in America’s big liberal cities that attract many immigrants. She is also multiracial at a time when numbers of people identifying as such are on the ascent, especially in the West, where Harris is from.

In the South, her amazing, very American story, could find some resistance from those who look askance at it, even if they never verbalize it. The southern states, with the notable exceptions of Texas and Florida, have the fewest immigrants and their residents are the most opposed to interracial marriage.

Most southern states aren’t swing states, but it seems to me that while voting matters most within states, the amorphous “feelings” people get about a candidate, positive or negative, transcend states and wash over the whole country.

As with many mixed-race people in America, Harris has made identity choices that link her to particular parts of herself, finding a way to make a oneness of twoness.

This is something to keep an eye on. Although Black people as a group consistently vote overwhelmingly for Democratic presidential candidates, a gap between Black men and Black women has been growing in recent elections. According to exit polls in 2008, that gap was just 1 percentage point. In 2012, it was 9 percentage points. In 2016 it was 12 percentage points.

Over that period, Black women’s support of the Democratic candidate held relatively steady, from 96 to 94%. It was the support of Black men that fell appreciably.

Harris’ record in the Senate has been exemplary, including on the issue of social justice. If she were just being judged by this chapter of her life and not the previous, this would all be a nonissue. But, of course we know, that will not be the case.

Trump believes that it is among Black men that he can shift the math a few percentage points with his focus on the economy, his own steps on criminal justice reform and his demonizing Latin American immigrants as threats to Black prosperity. Even the odd foray by Kanye West plays into this.

Furthermore, it would be a mistake to overplay a connection between the recent racial justice and police reform protesters and Harris. They may not be on the same page as she is. In some cases, they are on opposite pages. They are protesting a system that Harris was part of. Biden, with his problematic record on criminal justice, is already an issue.

And while Harris’ sorority, Alpha Kappa Alpha, is indeed powerful within the Black community, the Black sorority and fraternity class is not always aligned with the Black activist class.

Many civil rights leaders of the 1960s were members of historically black fraternities and sororities — Martin Luther King Jr., Ralph Abernathy, Jesse Jackson, Thurgood Marshall. But for decades now, including when I was in college, there has been a real tension between young activists and these Greek-letter organizations. Spike Lee illustrated this tension beautifully in his movie “School Daze.”

The Greek-lettered groups are seen by many as elitist and out of touch, not at the vanguard of the fight. (I became a member of one of these groups in college.)

Months of campaigning are still ahead of us and only the election result will truly tell us about the impact of Harris’s being chosen by Biden, but it’s wise to avoid oversimplifying from the start. Harris, like any politician and any person, is complex and her addition to the ticket will come with pros and cons, even among Democrats, even among Black people.