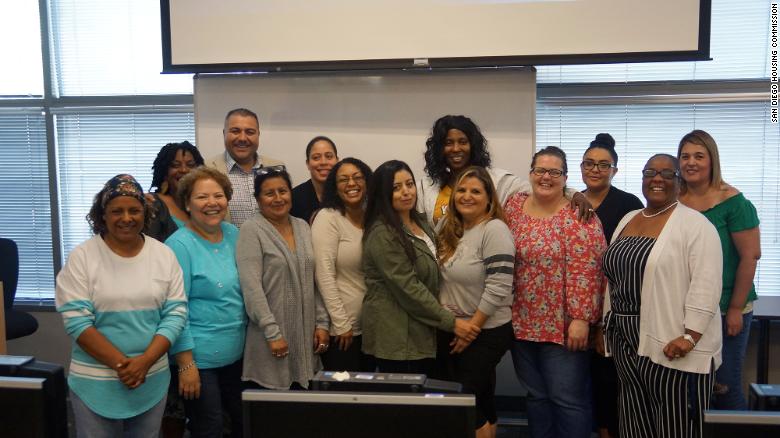 New York (CNN Business)- Leaders of the Local Initiatives Support Coalition (LISC) say their organization has received a record total of about $2 billion dollars in donations this year from companies looking to aid people of color.

“This is by far our biggest fundraising year on record,” LISC President and CEO Maurice Jones told CNN Business.

Netflix, Lowe’s and Square are just three of the major corporations that made multimillion dollar donations to LISC in the aftermath of the George Floyd tragedy.

LISC is a non-profit financial institution that funds community development initiatives in 44 states. It allocates money to local groups that provide emergency aid, wealth-building and career development resources to underprivileged communities whose residents are primarily Black and Latino.

The organization’s leaders say their efforts have never been in higher demand. Corporations looking to help people facing institutional obstacles — including millions who have lost jobs due to coronavirus concerns — have turned to LISC for guidance and stewardship in greater numbers. Additional multimillion dollar donations were provided by Dick’s Sporting Goods and Verizon, among others.

Jones says the estimated $2 billion donation total came from more than 25 Fortune 500 companies and far exceeded the $1 billion fundraising goal he set for himself back in the spring.

LISC says 75% of the funds it received this year went to organizations that support low-income housing residents, many of whom were furloughed or laid off due to Covid-19 issues. Roughly 15% of the charitable funds went to grant and loan programs supporting minority-owned small businesses.

Regan Brewer-Johnson serves as president of the Jane Addams Resource Corporation, a workforce development organization that trains underemployed workers for the manufacturing sector. She said her non-profit received $342,885 from LISC this year, which funded support services, such as financial education, work readiness and digital literacy.

“We’re seeing much higher numbers of people coming through our doors this year due to Covid,” Brewer-Johnson told CNN Business. “These are individuals and families that don’t necessarily have a family computer at home with access to the internet. For them, going through any kind of remote learning situation is really a huge challenge.”

Chicago resident Robert Grady, 34, a father of two young children, received emergency funding through JARC after he was laid off from his manufacturing job in July due to Covid-related downsizing. He’s been unemployed ever since and admits being discouraged about losing his job after securing it through JARC’s training programs in November 2019, following years of economic struggle that started during the Great Recession of 2008.

Since July, Grady said JARC has paid his rent on four separate occasions and even gave him a $1,000 Walmart gift card to pay for household needs for his family.

“If they didn’t give me help, I probably would have been in a shelter or something with my children,” Grady said. “I try not to think about it.”

Another portion of LISC’s funds went to the San Diego Housing Commission, a housing authority for San Diego, California, whose residents are in the Section 8 federal housing voucher program.

Stephanie Murphy, vice president of workforce and economic development for SDHC, says the funds her group received from LISC helped to pay past due utility bills for people who’ve lost their jobs and buy laptops for children doing remote learning from home while local schools were shutdown.

“I saw some electricity bills that were over $1,000,” Murphy said. “Some of the problems we saw, schools ran out of laptops. Some of the laptops given out by the schools didn’t work.”

Jones said the money LISC received from Corporate America this year has helped many people avoid financial ruin, but a lot more will have to happen if companies want to close America’s racial wealth gap. The frequently-discussed difference in the average net worth of White, Black and Latino families in America has been a focus for economic reform advocates in 2020 and a problem Jones says he and corporate leaders are determined to solve.

“This requires faithfulness over a long time to have real transformative impact,” he said. “It can’t just be 2020. This has to be a new chapter.”