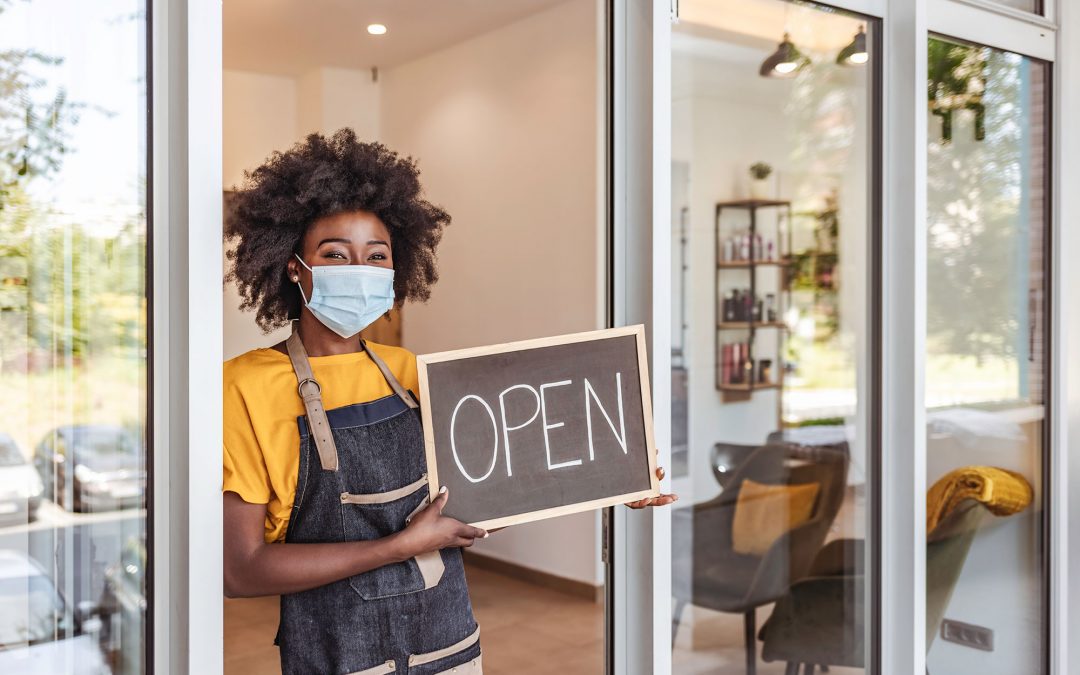 COVID-19 was catastrophic for communities of color, but resulted in one welcome, if somewhat surprising, benefit: a boom in Black start-up firms.

The working paper, part of a project funded by the Ewing Marion Kauffman Foundation, was published on the National Bureau of Economic Research website. Fazio, a Questrom School of Business lecturer in strategy and innovation and director of MBA programs, cowrote it with researchers from Columbia, MIT, and Rice. Fazio discussed the findings with BU Today.

BU Today: How did you choose those particular eight states to focus on?

Catherine Fazio: Those eight make business registration data available in real time and also represent a large share of the US GDP. We suspect that since the patterns we’ve identified were evident across the eight, it’s true nationwide, but we don’t know that for sure.

The pandemic hit communities of color hardest both medically and in terms of employment. How do you explain why was it so good for Black start-ups?

This is a very welcome finding. The result stems in part from the fact that the payments made available through the CARES Act, the supplemental relief act at the end of 2020, and the American Rescue Act, passed this year, were extended uniformly. Historically, Black communities and communities of color have faced discrimination in terms of access to capital. It’s harder for them to get loans and financing. The [federal acts] extended capital irrespective of the hoops that typically accompany loan applications.

While our research identifies correlations, not causation, in terms of the relief packages, it has impressed me as very significant that when you remove these historical barriers, what you see is potential unleashed.

Another thing that struck us as unexpected was that the relief packages had this corollary impact with respect to entrepreneurship at all. The CARES Act was not directed at catalyzing start-up formation [but instead] at throwing a life preserver toward existing businesses. Starting new businesses is critical because the majority of job growth comes from new firms, young firms.

One of your coresearchers said in an interview that lenders, like banks, also may have given more to Black start-ups after consciousness-raising that occurred from Black Lives Matter and racial protests last year. Is that a factor?

What lessons for supporting entrepreneurs of color come out of your study?

It’s critically important, if we want to convert this entrepreneurial potential following the pandemic into economy-wide growth, that we tailor programs and access to critical inputs—like debt financing—and we should get programmatic help and access to capital to the communities where we see this surge. Access to capital, to markets, and to human capital—the expertise, the mentorship, the knowledge from folks that have done it and succeeded. The increased awareness that there has been systemic discrimination in the ability of people of color [to get] equal access to these inputs, and a conscious effort by policymakers to eliminate those barriers, is really important.

There certainly exist state and local programs aimed at supporting minority enterprises. Making sure those programs are adequately funded, [and] thinking about how the federal level might incentivize and better support banks who are trying to increase lending to these new firms, would also be helpful. And even starting at the highest level, as a policy objective, that if we want this boom, it needs to be supported to be converted into economy-wide growth.

Do you see evidence that the Biden administration might do that?

Biden certainly seems to be stating the elimination of systemic bias as a priority. He seems to be endeavoring through his appointments to address those issues, and I think his policy priorities are broadly aligned with the objective, even if they haven’t been squarely aimed at the findings in our study—and it’s hard to blame him for that.