Discover the Multiculturalism in Sarajevo 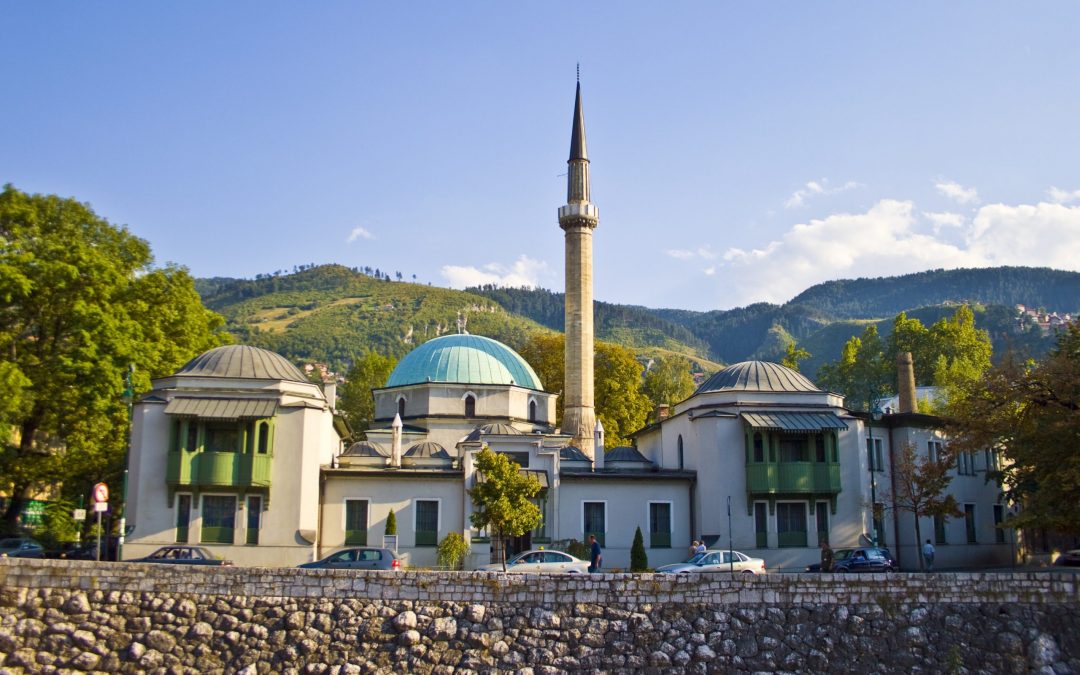 Do you want to visit a dream city in which you can see two different fascinating architectures only by stepping on one spot? Or even better, would you like to see multiple religious buildings from different religions in one scene? In other words, can you imagine a land which embraces people from different cultures and religions, and blends them perfectly even though it witnessed a sad history at times? This land is called Sarajevo!

Sarajevo is a very special city in Balkans, simply, it is the regional destination of Bosnia and Herzegovina. Its historical background, the traces of different cultures, religions and the wars; its beautiful landmarks and many more unique beauties it holds make it peerless in Balkans. Every corner, every natural surrounding and every historical attraction it has can make anyone, even tourists, grow fond of this special city in a short period of time. This heavenly land witnessed different authorities, nations and wars throughout the history, and these shaped the destiny of the land. The land’s historical background that is full of complexities.

Bosnia and Herzegovina was first established as the Bosnian Kingdom, then ruled by Ottomans for over 400 years, and then saw by Austria-Hungarian era. It’s not just that, it then became a part of Yugoslavia, then finally declared independence in 1991 and now it is called Federation of Bosnia and Herzegovina. As a result of all these different authorities, Bosnia and Herzegovina consists of three ethnicities include Bosnian Muslims(50%), Bosnian Serbs(30%) that are Orthodox Christians, and Bosnian Croats(15%) that are Catholic Christians. There is also Jewish community that has a thousand believers. In addition to that, Bosnia holds traces of previous empires and their backgrounds.

Now, it is a multicultural and ethnically integrated country, therefore, some call it the Jerusalem of Europe… And yes, Bosnia is very proud of that! Due to the complex history of Bosnia and Herzegovina, I have two main architectures and religious buildings from three different religions to introduce you that are definitely worth seeing in Sarajevo.

When you think about it, it is very unlikely to see two or three religious buildings from different religions in the same scene. But in Sarajevo, you can encounter this scene in many places by chance! Yet, all these buildings are so unique and well-preserved. This is one of the reasons why we call Sarajevo a dream city and why people with different backgrounds feel intimacy and sympathy for this city. In spite of all the ethical controversies and tragedies of 1992-95 war, Bosnia succeeded to have religious freedom, different ethnicities and cultures successfully. Today’s Bosnia is a secular country and represents the center of multiculturalism in Europe. You can hear the prayer from one minaret of a mosque and peals of a church in the same place which never fails to amaze visitors of the city!

A beautiful mosque and an important landmark of Sarajevo, located in the old part of the city called Stari Grad. The mosque was built during Ottoman era which is not hard to understand due to its unique architecture. You can even have a coffee in its small cafe and enjoy the peaceful view.

When you walk through the way of Emperor’s mosque, you come across the first synagogue in Sarajevo that is only functioning one today. It is a must to see this unique one of Sarajevo!

This gorgeous structure is a Roman Catholic church, adorns the district called Stari Grad which is in the center. Some other Austro-Hungarian buildings accompany this church right next to it and you feel as you are in the very center of Europe. The inside of this church is as amazing as it is outside. Don’t leave the city without visiting this charming structure!

This unique mosque is the oldest and the most important one among all other mosques in Sarajevo. Husrev-Beg mosque has always been attractive for both tourists and the locals. No doubt, even if you live in this city, watching this fancy structure fills you with joy. You can capture its beautiful Ottoman architecture, minaret and the Old Clock Tower in the same frame!

Cathedral Church of Nativity of the Theotokos

You encounter this Serbian Orthodox church in a park in the city, near Sacred Heart Cathedral. You can just sit, watch the locals playing their chess with accompany of Austro-Hungarian buildings around, and right there this high, magnificent church. Consider well if you want to picture or watch it for hours!

Austria-Hungary and Ottoman Architectures Together in the Golden Land

Here comes the second part! Step on the spot showed below: Austro-Hungarian architecture on your left, Ottoman architecture on your right side! These two architectures are pretty much beautiful and different from each other but nothing seems absurd in this city; it gives people joy to watch two amazing yet divided beauties. How does it feel to witness multiculturalism of a city by only stepping on one spot? It would not be too much if you call it a miracle, would it?

Ottoman Architecture in the Central Town

It is a must to go deeper into these two fascinating beauties. The part that represents Ottoman architecture will make you taste its traditional atmosphere to the max! The central town offers you lots of local stores. E.g. the local street full of coppersmith stores. Everything is handmade, you can witness it yourself by watching these gifted people creating their one of masterpieces!

Here is the Heart of the City: the Sebilj!

If you ever made a research about Sarajevo, you probably heard about the Sebilj. It is right in the center of town surrounded by traditional-type cafes. Sit at one of them, enjoy your coffee because you are in the best place if you can watch the Sebilj!

Austro-Hungarian Architecture in the City

Have a better look at magnificent buildings in the main square Ferhadija.

This hotel is one of the highest buildings in the district and you can enjoy the whole view of Sarajevo at its cafe on the top. Get ready to see all different churches, cathedrals, synagogue, mosques and architectures in the same view while enjoying your drink.