From Homeless To Self-made Millionaire: Yemi Penn’s Journey Is A Lesson In How You Can Bounce Back, Stronger Even, From The Worst Life Can Throw At You 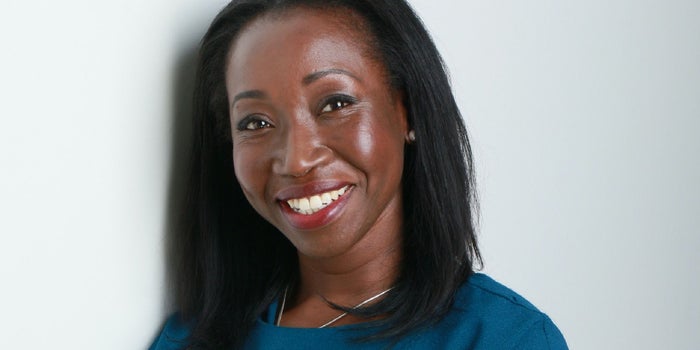 At the age of 24, Penn was kicked out of her home after she told her parents she was pregnant. Today, the self-made millionaire owns three very successful businesses.

We hear and read stories of women bouncing back from rock-bottom every day. Turning their lives around, fighting for a slice of the world, trying to keep their heads above water. Those stories aren’t new, or novel in any way. They aren’t meant to startle, or surprise, or even evoke empathy. They are meant to inspire, to show others treading a similar path, the way forward.

One such story is Yemi Penn’s, who, at the age of 24, was kicked out of her home after she told her parents she was pregnant. A college student at the time, Penn found herself homeless in a violent neighborhood where drug-related crimes were a frequent occurrence.

Reflecting on the days when she didn’t have a roof over her head, Penn says shame was a big part of her worry.

“We are all really concerned about what other people think of us. My situation really didn’t make sense to me. Here I was, I had graduated and I had worked really hard from failing my degree to getting first-class honors. Then I was homeless and was on the list to be housed. So, for me, it was a huge part of shame,” recalls Penn.

Today, a multi-millionaire, Penn is the owner of three successful businesses, and recently authored a self-help book called ‘Did you get the memo’.

Her business consultancy firm, W Squared Coaching, helps give clients – such as company CEOs, entrepreneurs, and stay-at-home mums – tools they can use to lead a purposeful life, at both work and home.

Penn also founded an engineering consultancy firm, based in Sydney and London, which draws from her background in mechanical engineering, but even otherwise, entrepreneurship has always been in her blood.

In college, Penn and three other boys set up a group called ‘Black Aces’ which organized events for university students, including talent fashion shows and club nights.

Creating something from scratch was something that exhilarated the then college graduate, and her desire to become an entrepreneur got further cemented after she became a mother for the first time.

“While I was on maternity leave, I thought what can I do? So, I started teaching fitness classes at primary schools and training people. The entrepreneurial bug started to grow within me. I picked up books like, ‘Rich Dad, Poor Dad’ and ‘Think and Grow Rich’. There was something in me that was hungry for something different and that truly has been the catalyst for a lot of things I have done,” says Penn.

But the thing about bad past experiences is that even when that period in one’s life is behind them, there’s a lot that can suck one back in and prevent them from forging ahead, or even leading a normal life. It has scientifically been proven that trauma changes the way a person’s brain is wired, and statistics today, unfortunately, show that people with PTSD go on to have varied forms of acute mental health issues throughout their lives. So how do you get out of that headspace, move ahead, and become a productive member of society?

“One thing I learned was that when we hide or layer up an incident that has shaken up our core and who we are, if it’s not resolved in a healthy way, it does come back in different forms. As I’m now older and I deal with things that are challenging in nature, the first thing I do is to sit with the discomfort and acknowledge whatever has happened. Acknowledge that the only thing I have control over is how I respond to it, so that when I stop and realize where my power lies, I realize it lies in my action, my thoughts and my emotions which I can channel in a positive way that will see me grow and not dwindle in depression or anxiety continuously,” quips Penn.

“Sitting still in order to decipher the issue is really important because then you have a clear head for an action plan and you also don’t take your loved ones on that journey of pain,” she adds.

Lessons From a Veteran Entrepreneur

The biggest lesson Penn says she has learned on her entrepreneurial journey is investing in people who are more skilled than her.

“The financial pain might be high in the beginning because you want to get your return on investment with anyone you employ, but you need to build a team and a tribe instead of feeling you need to do everything yourself. I did invest in virtual assistants and I still have them to this day, but bringing on a General Manager and a Business Manager has already made me feel like I’m not doing this alone,” says Penn.

The other thing Penn says helps her become a successful businesswoman is being aware of her financials, and she says it’s something she’s still learning.

“My money story, my financial story, has had me almost ignoring my numbers and my businesses. As long as it’s doing well and I put the hard work in and figure out what needs to be done then that was enough. But it meant that I hadn’t been close to my finances, and as a result, I have probably minimized my profit where there had been opportunities to maximize.”

Being a woman in the business world has taught her several lessons too, one of them being the ability to brush off setbacks as part of the process, instead of interpreting it as something she has to bear because she’s a woman.

“Without a shadow of a doubt, when you are a minority in any form, whether that’s cultural, gender-wise, religion, there is always this action of going against the grain. Did I physically have anyone telling me you are a woman; you can’t do this? Absolutely not. And I think this is where we as women need to differentiate it,” says Penn.