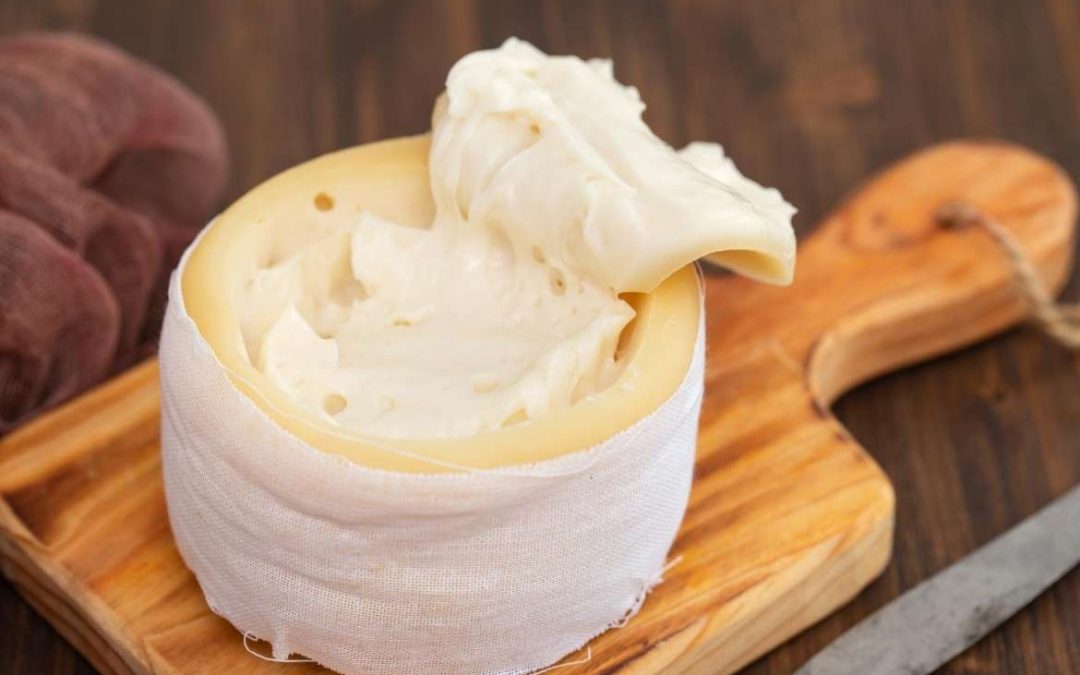 In a country with such famous and award-winning wines, cheese production could not be left behind. Portuguese cheese making is still one of the best kept gastronomic secrets in Europe: to maintain loyalty to traditional production methods, many kinds of cheese are not pasteurized and, for this reason, are hardly found and marketed outside the country.

Once in Portugal, take the opportunity, try the different varieties, flavours and textures and understand why more and more chefs from all over the world have given Portuguese cheeses a chance.

There is no standard when it comes to cheese in Portugal: each region is proud to boast its own types and methods of production. They can be fresh or cured, creamy or semi-hard, from sheep’s, cow’s or goat’s milk… From north to south of the country, it is possible to find cheese shops that please all tastes (and pockets).

Like wines, some artisanal cheeses also receive protected designation of origin (DOP) labels. Certification is given for products manufactured in specific regions, using traditional techniques and ingredients. It guarantees that the entire manufacturing process follows rules for obtaining milk, breed of animals, sale of products … To identify whether they fit all the production rules required by law, just check if they have the DOP seal on the label.

Although this list focuses on cheeses with a protected designation, Portugal produces other traditional cheeses with very high quality which do not necessarily have the DOP seal.

Did you know? The thistle flower is traditionally used as a coagulant in the production of Mediterranean cheeses, especially in Portugal and Spain.

It is one of the darlings and most famous Portuguese cheeses. The name itself already gives its origin: it is produced in the mountains located in the centre of the country called Serra da Estrela. To receive the DOP classification, the milk used in the manufacture must come from sheep raised in that region. Milking is done manually and then heated, curdled and cured with thistle flowers.

Because of its delicate flavour and creamy consistency, it is usually served with bread, toast and crackers. Just make a hole in the top of the shell and enjoy. Don’t be surprised by the strong smell of Serra da Estrela cheese, this is also one of its main characteristics.

It is also on the list of creamy cheeses, produced from sheep’s milk and thistle flowers. The difference is that they come from Azeitão, a village less than 1 hour from the capital, Lisbon. Despite having a manufacturing process and an appearance very similar to Serra da Estrela cheese, it is lighter and has a slightly milder flavour.

It is usually served at room temperature. Make a cut in half, then cut into small slices and wait for the creamy paste to drain slowly. A good choice to accompany is homemade bread and a glass of red wine.

The original recipe comes from a small village located near Coimbra. Mixing goat and sheep’s milk, it gains a subtle flavour and a slightly harder texture, with yellowish crust and a soft white interior. To achieve this result, the milk is curdled and undergoes a curing time of at least 20 days.

Pairs well with bread for starters, and with honey when served as dessert.

It is a cured cheese, obtained from raw goat milk, Serrano breed. It has a tough crust and slightly spicy flavour. After milking, the milk is filtered, curdled and all the whey is removed. Then it is salted and left to mature for at least 60 days.

The more aged, the more evident the spicy touch.

Perfect to eat fresh or grated to be used in other recipes. Fruit jellies are a good accompaniment.

The production of this cheese is restricted to the island of São Jorge, in the Azores. Unlike most, it is made exclusively from raw cow’s milk. From milking to the last stage of maturation, it takes at least 90 days. The result is a semi-hard texture, a yellowish peel and a slightly spicy taste.

It can be served with bread or grated for a special touch in pasta and meat, for example.

The intense aroma and slightly acidic flavour are its trademarks. It presents a semi-hard paste and yellowish-white colour, it is produced in the Alentejo region, from goat’s milk. For sale, expect to find 13 to 16 cm diameter pieces with small holes.

It is perfect for snacking while tasting a classic Alentejo wine. But it is also often used in the preparation of quiches and traditional dishes.

Time is the secret: until it reaches the expected result, this cheese can take a period of 4 months to 2 years of ageing. Produced from raw sheep’s milk, its characteristics vary widely. Depending on the time of maturation, it can have a consistency ranging from buttery to hard. Its spicy and slightly sweet touch comes from paprika.

If it’s creamy, try tasting it as a paste. If it has a slightly firmer consistency, prefer to cut it in slices and serve it with a typical Alentejo bread.

Another typical Alentejo production. It is also made from raw sheep’s milk and has very striking characteristics: the crust is smooth, yellow and with small holes. The salty taste is offset by a slightly spicy taste. Its maturation process is 30 days for semi-hard pulp and 90 days for hard. The more aged, the tastier.

In the Alentejo region, it is a classic choice in bars and restaurants. Cut into small pieces, it works well as a snack before the main meal. It can also be preserved in olive oil.

Historical records show that it has been produced in the Azores archipelago since the 18th century. Traditionally, it was made exclusively from raw cow’s milk, but today there are mixed productions, which also incorporate goat’s milk in the manufacture. Its characteristics are very similar to those of Gouda: strong smell, soft interior and remarkable flavour.

It is usually served with Pico wine, in small pieces and slices, at the beginning or at the end of meals.

They comprise three types: Castelo Branco, Amarelo da Beira Baixa and Picante da Beira Baixa. They are cured and produced from a mixture of sheep and goat milk. The consistency varies from semi-soft to hard, depending on the artisanal production processes. The aroma is usually strong, but the light flavour works as a good counterpoint.

These cheeses are very versatile and assume different uses within Portuguese gastronomy. But, if you want to understand the particularities of each one, consider setting up a cutting board to taste them all while tasting a good glass of wine.

In addition to raw sheep’s milk, it takes salt and thistle, in a process of at least 40 days of curing. It has a more creamy consistency and slightly yellowish appearance. In the mouth, it has a buttery texture and touches of acidity. When it passes for more than 90 days of ageing, it is called “Queijo de Castelo Branco Velho” and gains a harder consistency.

It is a lighter Portuguese cheese, usually made from cow’s milk. Much like Italian ricotta, it is easily found in grocery stores and markets across the country, always wrapped in plastic packaging. Compared to other traditional cheeses, it has a much more subtle flavour.

Its great positive point is its versatility: it goes well with both sweet and savoury recipes. If you get the chance, try it with pumpkin jam.