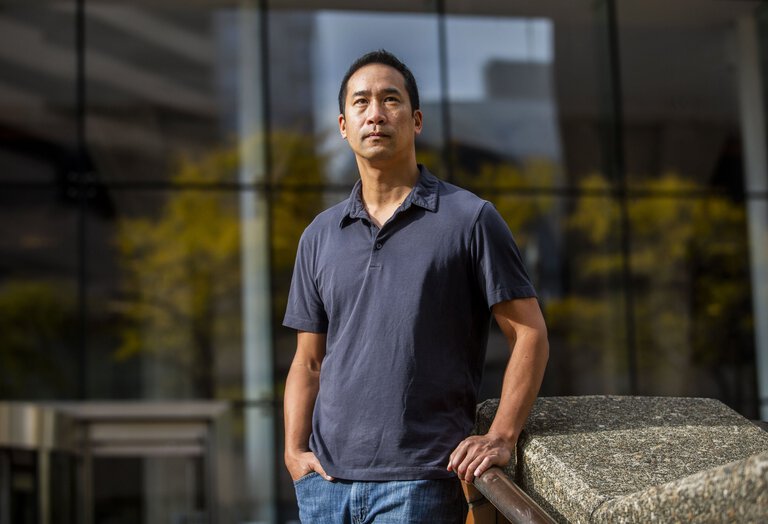 Immigrants know a single document can change the course of their life.

The right visa or passport means new opportunities and, in some cases, the difference between safety and danger.

For some people in immigration proceedings, a psychosocial assessment or evaluation is that key document. In many cases, it can help verify someone’s story in the absence of physical evidence, showing immigration officials why someone is in need of a new home country, whether it’s an undocumented mother from Honduras filing for asylum or a victim of torture fleeing from the Philippines.

“Sometimes the harm is easy to see,” says Henry Hwang, the directing attorney at the Northwest Immigrant Rights Project, a nonprofit organization serving immigrants in the region. “You can get a medical evaluation of scars or visible signs of trauma. But there’s so many cases where the trauma isn’t visible.”

The evaluation is performed by a licensed mental health professional, usually over a 2- to 4-hour interview to create a 12- to 15-page report — essentially a snapshot of someone’s mental health.

When used in immigration proceedings, they can vastly improve the chances of approval, meaning immigrants and their families get to stay in the U.S. But there’s more demand than there is supply when it comes to trained counselors who can perform the evaluations. And the reports can be prohibitively expensive for people who are trying to build new lives with scant resources.

Psychological evaluations are vital in cases where people don’t necessarily have proof of their harm — no police report of an assault or paper trail of their persecution. They help immigration judges understand why a person may be hesitant to respond to questions about their trauma or why that trauma in turn means they might not be able to recall specific details.

This report can also improve their chances at a life in the U.S. — a 2008 study from the Journal of Immigrant and Minority Health, one of the most cited, found asylum cases with evaluations were 89% successful. By contrast, the national average without one was 37.5%.

In removal proceedings where someone is on the brink of deportation, U.S. citizen family members also get evaluated by a therapist. This way a judge can understand how children and spouses will be emotionally and in some cases, financially, impacted by the loss of their family member.

Perhaps one of the most powerful side effects of an evaluation, though, is that immigrants can tell their story safely and start their path toward healing.

“More often than not, I’m the first person saying, ‘Have you heard of something called PTSD?’” says Cecilia Racine, a clinical social worker based out of Washington, D.C.

Racine has conducted more than 500 evaluations, often sharing new terms with clients for them to understand their experiences. Symptoms like insomnia, social withdrawal, flashbacks can often be matched to depression, anxiety and other mental health disorders. For a client who feels panic when they hear a loud noise, it’s affirming to learn there’s a reason: They’re suffering from the effects of trauma.

However, evaluations are not cheap. They can cost from $500 on the low end to more than $2,000 for more complex cases. For an immigrant already paying for an immigration lawyer or struggling to make ends meet, it’s a lot.

That’s where The Evaluation Network comes into play. It’s a unique partnership that started in 2012 between Harborview Medical Center, the Northwest Immigrant Rights Project and Refugees Northwest, which work together to connect immigrants in the Puget Sound region to volunteers who provide evaluations at no cost.

Allison Taylor, clinical director at Refugees Northwest, estimates the network has helped around 700 people. Many of the immigrants they work with are from Latin America, but she sees people from all over the world. She expects to soon connect people from Afghanistan to local counseling services, too.

However, the need is always greater than what they can offer, and Taylor’s volunteer-based network of 120 mental health professionals has waned during the COVID-19 pandemic. The number of volunteers actively performing evaluations has dropped by about 30%, she said. While some providers would typically provide six evaluations pro bono, this past year they dropped it to two; other therapists even temporarily paused their practice, overwhelmed by the number of clients seeking services

“I think all of us have found it harder to be working on really deep, dark material during this time,” Taylor said. “That’s really tough. … The people who volunteer are justifiably taking care of themselves and doing fewer evaluations.”

Hwang said he’s had to reach out to volunteer providers in other states because the waitlist for some of his clients is getting too long, now taking months before a therapist can schedule an evaluation.

Clients, too, are having a hard time adjusting to the changes brought by the pandemic. While in some cases telehealth makes it easier so people don’t have to travel or figure out child care, Zoom is not nearly as conducive to building a trusting relationship between clients and therapists, especially when sharing painful and intimate facts.

“We have to purposely get a lot of detail out of someone we just met probably that day,” Taylor said. It makes for a challenging first encounter. But so far, it’s been working.

Some networks like the Mount Sinai Human Rights Program have even piloted telephonic evaluations and found some success in remote networks. Now a therapist in Colorado can talk to an immigrant in New York, closing the gaps when local resources are scarce.

Still, the process of sharing trauma is never easy.

“I didn’t want to remember, I didn’t want to talk about it,” Maria Candelaria said in Spanish, reflecting on her experience before her own psychosocial evaluation years ago. Originally from Mexico and now living in the Seattle area, she is in the process of obtaining a U Visa — a visa designated for victims of certain crimes — and asked that The Seattle Times not use her full name as her immigration case is still pending.

When local police asked her about being assaulted, Maria Candelaria struggled to respond, but sharing that information with law enforcement is a necessary part of the process. Without it, she wouldn’t be eligible for the visa. With the help of a counselor she found herself able to share more details.

“I liked the way the questions were asked, to the point that I was unwrapping and narrating what had happened to me, what had been pressing on me,” she said.

That change motivated her to help others and she eventually changed jobs, from a nail technician to a community health worker. Now, she serves on a number of fronts, including helping people through their immigration-related mental health evaluations, and teaching workshops for Latino families to talk and think about their mental health through a program called Nuevos Caminos or New Pathways.

The goal is to help parents and youth share their experiences and reinforce their resiliency. The last year and change has been hard, she says. People lost their family, struggled with bills, and were just generally stressed and exhausted. This fall as families are wading into a second pandemic winter, mental health should be prioritized, she advocates.

“Mental health is life itself,” Maria Candelaria said. “Without it, there’s little else.”