How Filipino Americans Are Being Honored In L.A. After Fighting For Visibility 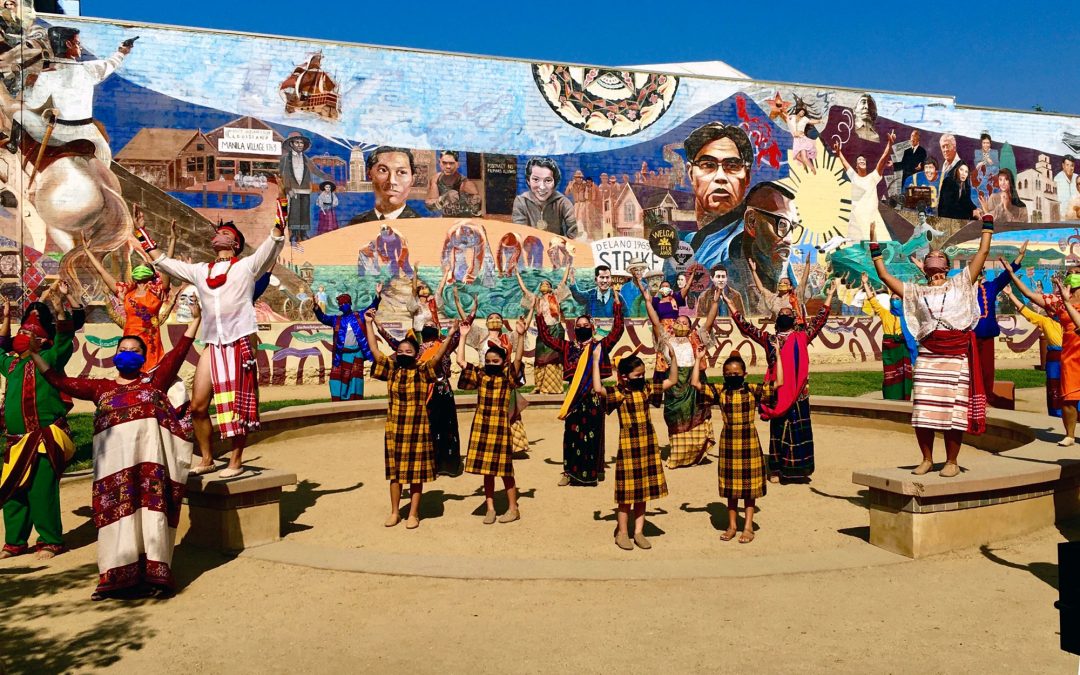 A landmark arch expected to debut later this year in Los Angeles’ Historic Filipinotown district will honor Filipino American health care workers, who have had an outsize impact on California’s fight against the coronavirus pandemic. The initiative emerged from a decadeslong partnership between community organizers and elected officials to bring the neighborhood as much visibility and renown as the city’s other ethnic enclaves, such as Chinatown, Koreatown and Little Tokyo.

With nearly a half-million residents, Los Angeles County is home to the second-largest concentration of Filipinos in the world, surpassed only by Manila. While most of them live on the outskirts of the city, Historic Filipinotown — now a Latino-majority district — remains an important cultural and religious hub for the diaspora, filled with popular restaurants, churches and social services organizations.

“The gateway symbolizes the fact that Historic Filipinotown has always been a gateway for Filipino immigrants coming to the U.S. to make a life for themselves,” said City Council member Mitch O’Farrell, who has represented the area since 2013. “It’s long past the time to elevate the identity of Filipino Americans in Los Angeles and everywhere else.”

The unveiling, initially scheduled for October to celebrate Filipino American History Month, has been delayed several months because of the pandemic. But the half-million-dollar arch is just the latest makeover the district has had in recent years. In 2016, the city equipped bus stops with 54 ornate streetlights, at once improving pedestrian safety and highlighting local heritage. For Filipino American History Month last year, City Hall lit up in the colors of the Philippines flag. A main goal of the “visibility lifting” projects, O’Farrell said, is to boost cultural tourism and generate cash for small businesses.

Many of these initiatives were led by Filipino American representatives in city government, like Jessica Caloza, the commissioner with the Board of Public Works who oversaw both the gateway and the lighting of City Hall. “In order to reimagine a more equitable city, our public spaces should celebrate the contributions and diversity of our communities,” she said in a statement.

It has taken the community many years to reach this point. In fact, Historic Filipinotown didn’t even exist until 2002.

Los Angeles’ Filipino diaspora has been fighting for “cultural and political visibility” in public spaces for nearly a half-century, said the historian and activist Joe Bernardo. Some organizers began clamoring for a designated Filipinotown in the 1980s, but it proved to be a challenge.

“One reason we don’t have ethnic enclaves is that we’re not dependent on an ethnic economy to survive,” he said, adding that Filipinos’ fluency in English meant they could find employment anywhere in the city. Chinatowns, by contrast, have endured in part because generations of immigrants who spoke only Mandarin or Cantonese depended on them to find jobs, housing and other resources.

Another issue is that, because of the legacy of U.S. and Spanish colonization in the Philippines, many restaurants and cultural establishments in Historic Filipinotown didn’t look noticeably Asian. Popular businesses, like Seafood City Supermarket, tend to have Anglo-Saxon names.

Community advocates credit Mayor Eric Garcetti, in part, for leading the area through a remarkable transformation two decades ago. As a City Council member, he led the effort to officially recognize the neighborhood and launched an unprecedented effort to integrate elements of Filipino culture in the streetscape.

“His time as a council member was really pivotal for how our ethnic identity was strengthened,” said Michelle Magalong, executive director of the nonprofit Asian and Pacific Islander Americans in Historic Preservation.

In the 2000s, community stakeholders like Magalong collaborated with Garcetti’s staff to give the district a distinctly Filipino look. They erected a war memorial for Filipino American veterans, stamped crosswalks with Philippine craft designs and opened Unidad Park, which became the site of a sprawling mural featuring trailblazers like the labor organizer Larry Itliong. Garcetti, whose grandfather fought in the Philippines during World War II, spoke Tagalog and personally attended gatherings, Magalong said. More importantly, he created a pipeline of Filipino leaders who gave voice to their community. Several assumed positions in his administration when he became mayor.

Garcetti said in an email that now is a crucial moment to acknowledge the sacrifices and contributions made by California’s largest Asian ethnic group.

“Each day, Filipino Americans strengthen Los Angeles and serve as vital forces in saving lives, protecting livelihoods, and building a healthier future for Angelenos of every background and zip code,” he said.

The coming gateway pays tribute to Filipino health care providers, who are about a third of registered immigrant nurses in the U.S., said Eliseo Silva, a renowned local artist who conceived the monument. At the same time, its design amplifies the city’s Filipino heritage with motifs from pre-colonial Philippines, such as the salakot, a wide-brimmed hat worn by farmers, and the sarimanok, a legendary bird that symbolizes good fortune.

“When I do public art, I always include something that’s happening at the moment as a timestamp that’s reflective of the times,” Silva said. “Our front-liners in the past were the farmworkers. Now we have our health care workers.”

But in a place that has historically been a refuge for working-class immigrants, the growing political and economic visibility has also heightened fears of displacement.

The 2008 recession was an inflection point that doomed many nonprofits and businesses, Magalong said. Soon after that, nearby Silver Lake and Echo Park became the centers of gentrification. In the past decade, the average rent in Westlake, the area that encompasses Historic Filipinotown, rose from $1,300 to $1,900. Last year, Time Out magazine anointed the enclave as the fifth-coolest neighborhood in the world.

While the city continues to build supportive housing units with local groups, some advocates are wary that an influx of tourism and outside investment, generated from initiatives like the new gateway, might not directly benefit low-income residents.

“Currently, all this development that’s happening — my hope is they’d be held accountable to set aside capital for the community,” Bernardo said, adding that he’d like to see investment in public education, affordable housing, mom-and-pop shops and cash-strapped nonprofits. “All these infrastructure projects don’t solve poverty in the community. It’ll be up to all levels of government to support us.”