How Women Of Color Are Changing What Leadership Looks Like 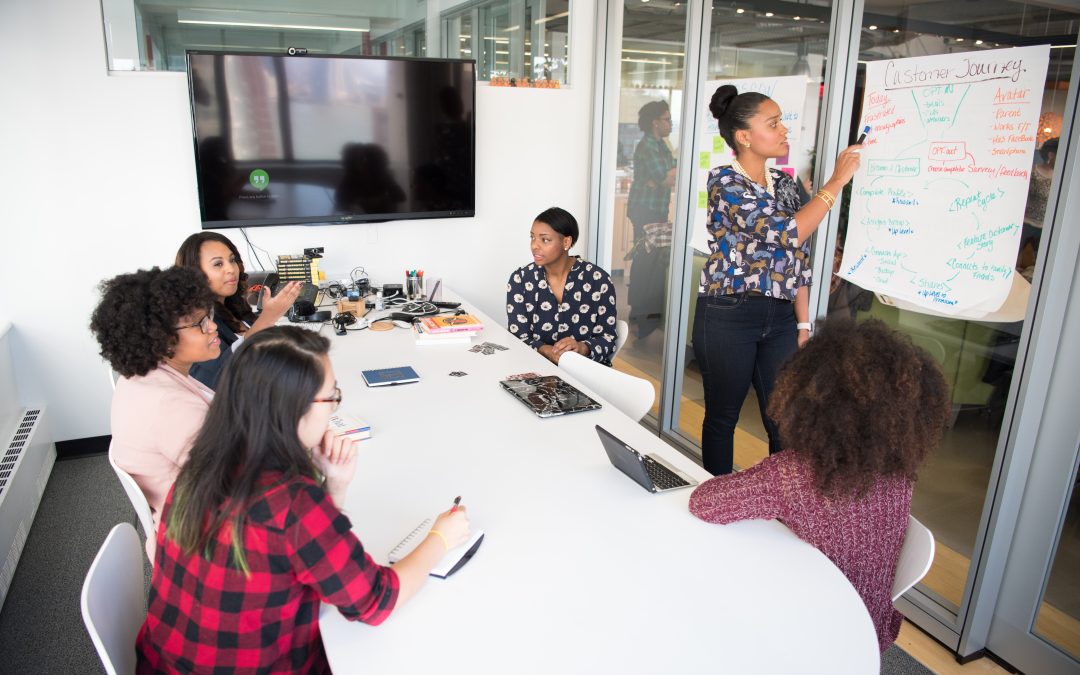 One in five Americans is a woman of color, and women of color will be the majority of all women in America by 2060, according to Catalyst. These changing demographics alone won’t automatically alter the representation of leadership, where currently only 4% of C-suite leaders are women of color. “We need to expand our impressions about what a leader is supposed to look like to allow for more types of leadership to be valued and promoted,” says Deepa Purushothaman, author of The First, The Few, The Only: How Women of Color Can Redefine Power in Corporate America. “If you want to support women of color, you have to let us lead in our own ways.”

I spoke to Purushothaman—who was also the first Indian woman to become a partner at Deloitte, and who is now co-founder of nFormation, a professional space for women of color—about her new book, and how to redefine leadership to be more inclusive. She notes that she uses “women of color” in solidarity, but it is not a monolith, as the term encompasses different cultures, identities and experiences. Here is her advice after interviewing more than 500 women of color about their leadership experiences in the workplace.

“I wrote a mantra, ‘You don’t have to see it to be it,’ which is the opposite of what we tell most people. I had to do that because, if I didn’t, imposter syndrome would take over. The biggest challenge with not seeing yourself represented is that you start to question yourself and who and what you are. You start to edit yourself bit by bit, trying to fit in because others [in the room] look differently from you. You can end up muting your voice.

The systems show up differently for different people. My big message is that corporate America is not a meritocracy. Why is it so bad to talk about that? My experience is different as a woman of color. Imposter syndrome happens when you don’t see yourself represented in structures, and also don’t receive the same treatment, opportunities or access as others. We get hidden and overt signals we don’t belong. This can lead us to think we could have done better or done more. We end up overworking. What’s happening with “imposter syndrome” is we end up believing it’s us, without realizing the system is responsible for some of our questioning.”

“[One of the interviews in the book] was with a Black woman from the Midwest who was the only Black woman in her entire company. She told me, ‘I didn’t realize until I had this conversation with you that I feel like I’m representing my entire race.’ In the book I talk about the weight women of color carry when they take on extra burdens or jobs outside of the jobs they are hired to do. This woman told me, ‘I edit my hair. I change how I dress. I change how I talk. I change what I eat and bring to lunch. I change what I talk about. I feel so responsible.’ She wanted her colleagues—many of whom had never interacted with another Black person—to have a good impression.

Part of what I want women of color to know is the difference between what’s ours to take on, and what isn’t. Women and women of color take on so much, when it’s the system’s fault. There’s so much power in knowing you’re not alone, in knowing what’s yours, and giving back the rest.”

On knowing your inherent worth…

“I’d known I wanted to leave my job for about three years before I left. It wasn’t working for me for a variety of reasons, but I found it hard to leave because I felt responsible. I thought, ‘As the ‘first,’ all eyes are on me. If I fail, what are other people going to think? I fought so hard for the seat, and what would my leaving mean for everybody else?’ Then I got really sick, and ended up in bed for eight months.

My entire identity was my work. I was at my doctor’s office for the third time with a suitcase in the corner because I was traveling for work. She said to me, ‘We can run more tests, or I can tell you what you already know: Your job is killing you. It’s not conducive to your healing.’ Then she asked me three life-changing questions: ‘Do you have to have a big job like this? What else could you do other than this job? Do you see yourself as worthy without what you do?’

The worthy question is important. I think a lot of us find our worth from our work and advancement and the accolades and the money and the title. Now, success for me is no longer divorced from health or mental wellness. We live in a culture and a society where those two things don’t go hand in hand. We need to re-link them.”

“I’m asking women of color to find the power of ‘me,’ and the power of ‘we.’ You need to figure out for yourself what makes you feel whole, healthy, happy, powerful. That takes rewriting narratives and sorting through our parents’ definition of success and work. The ‘we’ work is joining a community. Once you find the ‘we,’ you realize you’re not alone, and that we’re struggling with the same things. There’s power in that. That’s how you push on structures.

I think we need both of those components if we’re actually going to make change, and really understand what’s happening to us. It is giving ourselves permission to create the world that we want and the life we want. Trailblazing comes at a cost, and we don’t talk about that. Most of the women [I interviewed] were sick. There is burnout, as well as trauma happening for women of color in a real way. It’s about unpacking that and setting new boundaries, because we’re in a moment now more than ever where we’ve realized work isn’t working for anybody.”

“Many of the necessary qualities we call ‘feminine qualities,’ such as empathy, have been divorced [from leadership]. One woman I interviewed who used to be an executive at Google talked about how she really leads with her intuition. For me, leadership has to be more than your head. We think of leadership as the white men that have been the model for centuries, and our sense of who a leader is desperately needs to evolve and expand.

As women of color, we have very different lived experiences. Yet there’s never been space to bring all our stories, strengths, or lived experiences into leadership. They would be really valuable right now, where leaders need to know how to work in complexity and develop and manage diversity. We’ve had to navigate not being seen and heard within structures. Why are those things not valued in the same sorts of ways?”

On changing the conversation about power…

“One of the biggest messages in my book is that anything that has come before can be undone, but we have to decide to undo it. We are the ones that give power to everything. If we decided these systems didn’t work, we could recreate them. We need white male leaders to understand we’re not trying to take anything away from them. We’re trying to have a conversation about how power was defined in the first place. We want to remake the table, not just move around what exists.

It’s so important that white men are on board on topics of inclusion. They need to give themselves permission to get it wrong, and try to be courageous when it comes to topics like race. It’s so important that people try versus not do anything because they’re afraid of doing the wrong thing. I don’t think [the system] can be changed without them. And, by the way, work and the system aren’t working for them either. I’ve spoken to a lot of white men who want more flexibility and time with their families. It’s really a question of: Who are the current structures serving, and do they serve anybody? They were created generations ago. Many men have bought into a broken system, and so we need to deprogram them too. I’m not saying that men are the broken ones, it’s a system that’s broken. Once we understand that, we can all change it together. We have to find a different way to have the conversation.”