I don’t scare easily, but COVID-19 virus of hate has me terrified: Reporter’s Notebook 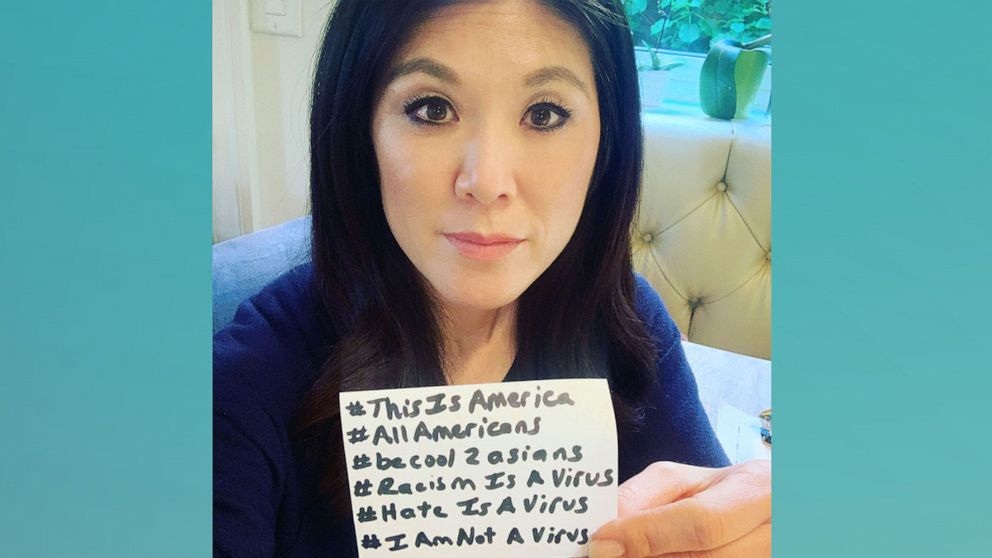 “F— YOU, CHINA” illuminates the night sky. The beacon of hate comes from a hand-painted sign, trimmed with white lights, on a homeowner’s front lawn.

The jaw of a 38-year-old Vietnamese American man is fractured on both sides and his left collar bone is broken — physical reminders of the assailant who he said yelled, “Coronavirus, get the f— out of here!”

An instructor at an after-school program has instituted a policy requiring only children of Asian descent wear masks.

These are just a few of the stories I’m covering in the Philadelphia area as COVID-19 spreads across the country. The novel coronavirus has mutated for some into a virus of hate against Asian Americans and my fear of getting sick is now overshadowed by my terror over the backlash against my community.

Normally, it takes a lot to scare me. I’m an investigative journalist and the work that I do is not for the faint of heart. People routinely slam doors in my face, threaten to sue, and chase me off their properties. I’m used to being in hostile territory when I’m on the job, but feeling unsafe when I’m off duty is new.

And the stories keep coming. Local students emailed me that they are “disheartened” and “frightened” by a viral video of a freshman at the University of the Sciences of Philadelphia. In it, she is seen laughing and saying about Chinese people, “I think we should put something in their DNA so when you turn 13, you just die so it’s like a quinceanera but it’s death.”

Even before the coronavirus outbreak was declared a pandemic, Michelle Bachelet, the UN High Commissioner for Human Rights said it had “set off a disturbing wave of prejudice against people of Chinese and East Asian ethnicity.” In six weeks, the Asian Pacific Policy and Planning Council collected 1,700 reports of racist incidents against AAPIs. Complaints of anti-Asian discrimination filed with the New York City Commission on Human Rights are up 92% in the last three months compared to the same time last year. Officials attribute the spike to Asian Americans being blamed for COVID-19 even though the state’s governor, Andrew Cuomo, says research shows the coronavirus came to New York from Europe, not China.

Coronavirus backlash is a reminder, I’m a ‘perpetual foreigner’ to some

Some of the incidents of hate involve the youngest members of the Asian American Pacific Islander community and they are the stories I find most heartbreaking.

As a kid, I often felt like “other” and as an adult, I’ve learned that even though I am an American television journalist, some will always view me as a perpetual foreigner. I was reminded of that reality a few years ago when a driver yelled, “This is America,” at me on a Philadelphia street. I responded to her in a Facebook video that went viral.

But the stories during the COVID-19 crisis are more alarming than the “casual racism” to which I have become accustomed. As a mom, I’m now much more anxious that someone might say something hurtful to my young kids. As a daughter, I’m constantly stressed that my 80-year-old father might be attacked as he’s walking down the street. As an American, I am worried about the long-term impact this virus of hate will have on our country.

Anti-Asian sentiment and racist rhetoric have turned into discriminatory, damaging policies many times in the United States’ past. The Chinese Exclusion Act prohibited the Chinese from immigrating to the U.S. and becoming citizens. Similar laws were later applied to all Asians.

More than a dozen states passed regulations prohibiting Asians from owning or leasing land. California was the first in 1913. It took until April 2018 for Florida to remove a provision that could criminalize immigrants owning property.

The most horrific example is the internment of 120,000 mostly Americans of Japanese descent during World War II when families were forced to leave their homes, schools and businesses and live behind barbed wire in concentration camps.

Make no mistake. These were not “camps.” These were prisons. Decades later, the U.S. government apologized for the internment and admitted the actions had been based on “race prejudice” and “a failure of political leadership.”

For a long time, I haven’t wanted to dwell on this part of our history. Neither have many of the Asian Americans I know. We haven’t wanted to acknowledge that racism affects us so we haven’t injected ourselves into conversations about race. Rather, we have hoped that by being super citizens, we might eventually be viewed as American. There are some who still hold that hope.

But the racism related to COVID-19 is changing that approach and spurring many Asian Americans to take firm action against hate. They are standing up and speaking out in large numbers. Vocal and visible activists have emerged and they’ve swiftly launched campaigns, including #UnapologeticallyAsian, #RacismIsAVirus, #WashtheHate, #BeCool2Asians and #IAmNotAVirus to empower our community.

When President Trump called COVID-19 the “China Virus,” many called him on it, saying it was leading to higher incidents of racism in person and online. The president has stopped using the term and said on March 23, “It’s very important that we totally protect our Asian American community.. the spreading of the Virus is NOT their fault in any way, shape, or form.”

After Asian American students spoke out against the viral video showing the University of the Sciences freshman, the student apologized on social media, and the school issued a statement shared on Twitter that it “will not tolerate discrimination of any kind.”

Asian Americans are taking charge in other ways, too. AAPI restaurateurs are struggling to survive because of the economic impact of the virus, which hit their businesses early on in the pandemic due to misplaced fears. Yet they are stepping up and leading important efforts. Alice Leung of Soy Cafe in Philadelphia is packaging food along with notes of positivity to give to medical and other essential workers. This, also in spite of the racist slur she found spray-painted on the front of her business in April. AAPI schools, nonprofits and businesses have organized drives to donate tens of thousands of masks and other personal protective equipment to hospitals and first responders. #FacesOfTheCure is highlighting Asian American health care heroes.

I derive strength from this new generation of leaders. I feel a heightened urgency to amplify our voices and share our uniquely American experiences, making sure we are covered consistently and not just during Asian Pacific American Heritage Month. I see if we want to change the false narrative casting us as forever foreigners, our stories must be correctly framed as mainstream, American ones on our home page and general news feed, not isolated to special sections. I am also realizing more than ever that I have a responsibility to use my personal voice to show up and represent us on social media and elsewhere.

Why all communities should care

But this is not just about Asian Americans. This virus of hate moves and no one is immune. Thousands of Jews were persecuted and held responsible for the Black Death. Many Irish workers were blamed for causing cholera. Some African immigrants were shunned during the Ebola outbreak. Many default to hate and prejudice when they are afraid and uncertain. Today Asian Americans are the target. Next time it will be someone else.

Some are now calling for all of us to stand in solidarity. That is not an easy ask, especially during these unprecedented times. People are dying and losing jobs. Lives are being upended and disrupted in ways never imagined. But for our lives to return to some semblance of normal, the best course of action is to work together.

The knee-jerk response to seek blame and to scapegoat is detrimental to our entire society. Ethnic blame distracts and deters us from focusing on and unearthing important information related to this disease.

This virus of hate has me also thinking about the fear faced daily by other communities of color. It is hard for me to imagine living with this kind of terror all the time. While I know how it feels to be “other,” it is another feeling entirely to be afraid. I have always stood with my Latino and African American friends. Now I understand them just a little better and my hope is that my work will help all of our viewers — black, white, brown, or Asian — come to the same understanding.