Improving Diversity In The Technology Bubble 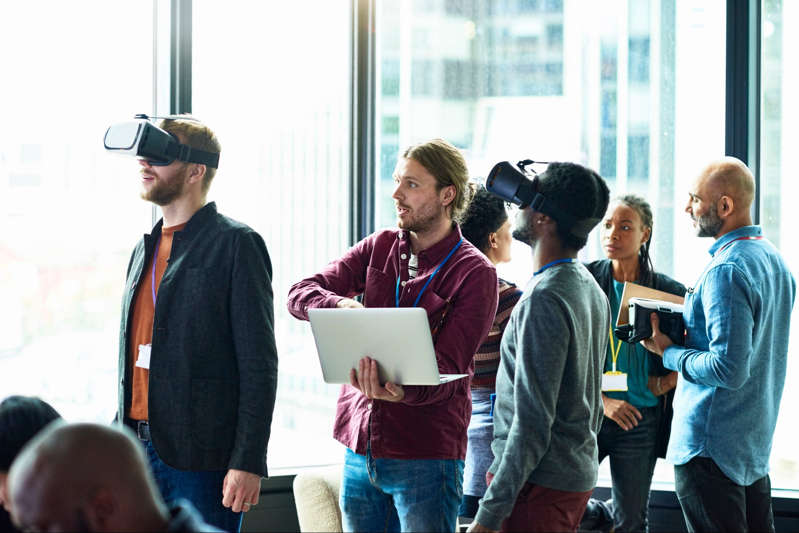 It is no secret that the diversity of the workforce at technology firms is a big problem. Between 2013-2017, only 1% of VC-backed entrepreneurs were Black and 9.2% were women. This underrepresentation repeats itself across every part of the industry. Fewer than 6% of employees at Facebook, Google, Twitter, and Microsoft identify as Black. At venture capital firms, only 6% of all employees and 3% of partners were Black, according to a 2018 study by Deloitte and NVCA. Only 14% of venture capital partners are women.

As we think about the right place to start on this effort towards greater diversity, equity, and inclusion, some valuable ideas come from what I call the “Frontier” – startup founders operating outside typical hubs like Silicon Valley. They offer unique strategies that can help change the monoculture of so many mature startup ecosystems. Of course, there is no silver bullet, and these emerging market entrepreneurs have not solved the diversity challenge, but they offer some good starting points.

Hiring based on capabilities

Diversity starts with hiring. Silicon Valley’s problem is that firms and founders have deep preexisting networks and conventional wisdom to build your team from your early network, which unsurprisingly perpetuates a lack of diversity. Companies located outside of typical technology hubs often have difficulty hiring such candidates for open job positions and have developed strategies to expand their search. Through this, they identify applicants with a greater variety of backgrounds, and they judge them based on the outputs of their work rather than preconceived notions.

Hotels.ng is one such example. As the startup began to see top talent depleted in its home city of Lagos, Nigeria, it broadened its search radius. Hotels.ng’s founder, Mark Essien, launched the HNG Internship — a virtual internship to screen potential applicants. The process sends candidates progressively more challenging engineering problems over Slack. Over time, only the remaining few go on to interview at Hotels.ng, and a subset of them get job offers. The program is evenings only and not meant to be all-consuming for candidates, who likely have other full-time responsibilities to manage. Hotels.ng also wants to make sure no one drops out for financial reasons. They pay everyone in the pool a stipend as they progress, hoping to make the application process one that rewards skill and not race, background, or economic situation. In the second class, Hotels.ng had 4,000 applicants and ended hiring 25 individuals, predominantly from outside Lagos and other main centers.

Many startups in emerging markets understand that hiring is not just about finding the best individual talent, but also about finding people that are the right fit for the company. They build A-teams instead of just collecting A-players. And because they recruit based on capabilities and behavior rather than résumés, they provide greater access and ultimately drive greater diversity.

Global entrepreneurs don’t just look beyond the usual suspects — often, they build out the talent pipeline themselves. Shopify, the Canadian technology powerhouse, teamed up with Carleton University in Ottawa to develop their “Dev Degree” program, a de novo work-integrated academic degree. Over the course of four years, students work directly at Shopify for 25 hours each week while taking classes. As long as students complete a practicum assessment and finish their degree, Shopify pays for all four years of tuition plus the hours worked for the company, and they reserve a job offer for the graduates.

By proactively developing the talent pipeline, Shopify drives diversity. In recent cohorts, 50% of candidates are women, compared with fewer than 20% in computer science degrees on average.

While the whole world has been forced into remote work due to COVID-19, in many emerging startup ecosystems, a distributed teams approach has been a bona fide standard practice from the get-go. If performed well, remote work can drive diversity. A study by Remote.co found that distributed work obfuscates preconceived notions of what a leader looks like, which, among other factors, resulted in a higher percentage of female founders, presidents, and CEOs. Though the study focused on women, we hope that a similar study on race will be performed.

There may also be more opportunities to change the nature of “pitches” in the venture capital community to decrease biases that have traditionally plagued this process. Some VCs are starting to rely more on hard data instead of traditional methods that rely more on intangibles. Social Capital, for example, pioneered an algorithmic approach to venture capital investment, which it called capital as a service (CaaS). Among Social Capital’s more than 75 CaaS investments, 80% of founders were nonwhite, and 30% were women, spread across twenty countries — statistics far above traditional industry numbers.

Valuing diversity as a strategy

Entrepreneurs in emerging startup ecosystems know the benefits of working with a diverse team. Companies in smaller countries often build more impactful products and have to be born global, scaling across multiple geographies from the get-go. One-dimensional product, marketing, and operations teams will struggle to address the needs and interests of consumers beyond a select group of individuals with similar backgrounds and interests.

This makes business sense. A BCG study found that improving diversity in a management team led to a 19% increase in revenues due to innovation. Younger employees (the future of the workforce) also put much more importance on working in a company with diverse employees, impacting where they choose to work and their employee satisfaction. A healthy mix of talent of different races, genders, and backgrounds has only upside, increasingly backed by the data.

To truly unlock the world’s entrepreneurial talent, we need an environment that enables all genders and people of all backgrounds to succeed. Momentum is on our side as the nation goes through waves of significant change in terms of race relations and the model of work. Now is the time to seize those opportunities and create strategies to move business forward. The examples that I listed above are not a panacea. But hopefully, they offer lessons as to where this journey can start.