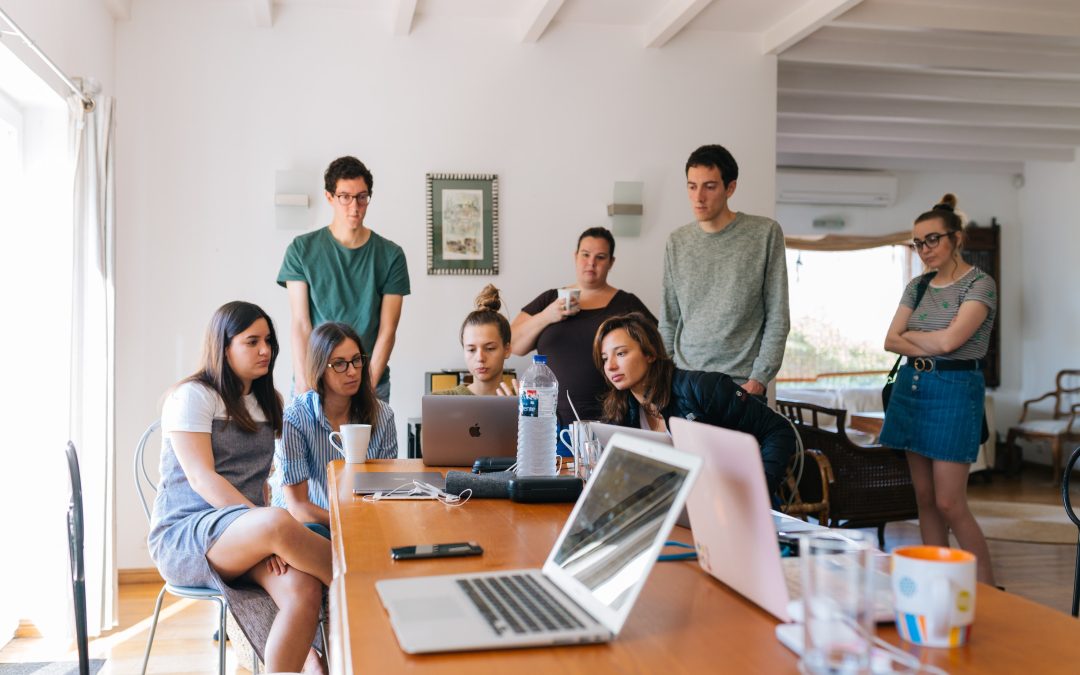 When a number of young, aspiring comic book writers and artists of color crowded a conference room at the Burbank offices of DC Entertainment for a chat with Milestone Media executives Reginald Hudlin and Denys Cowan, some general and generational concerns came up.

How much should we be getting paid? General. How can we stay true to our authentic selves? Generational. How can we work for a company but protect our IP? Both general and generational. The same queries would be raised by anyone entering a creative career, but getting answers from two of the people behind the industry’s best known and successful Black comic book company is probably priceless for this group.

The participants in the Milestone Initiative, a program designed to bring more people of color into the business of comic books, attended multiple seminars at a summit during their orientation recently. The young creators were in the midst of a 10-week program offered through Milestone Media and sponsored by DC and Ally, a financial services company that also prides itself on community involvement.

Announced during DC FanDome 2021, the initiative is giving 24 writers and artists both in-person mentoring from working comic book professionals and a virtual education through the Kubert School. The initiative wraps up next week, and the participants will be paired with comic book veterans to create new, original stories for the Milestone Universe.

“Creating content that is inclusive of diverse stories and characters is an important mission for DC,” says Nancy Spears, DC’s vice president of sales and marketing. “With the Milestone Initiative we’re making a concerted effort to focus on building a pipeline of talent that will contribute to those stories and characters from perspectives uniquely their own.”

Hudlin and Cowan understand that creators of color are still a slim minority in the industry. When it was brought up that there are many, the notion was “challenged.”

“Many? Let’s think about that,” says Cowan. He and Hudlin then proceed to name a few fingers’ worth, but their point is made. The Milestone Initiative will help, but even among the people of color who are working, the pool of talent is so diverse in their goals and beliefs that there needs to be a home for the many.

“Not everyone has the same agenda,” Cowan says. “Everyone’s supportive of Milestone, but not everyone is going to work with us for whatever reasons. They’re more interested in mainstream comics, or they want to [do other things]. My idea is to create a space for all of it. You don’t have to be down with what we do specifically, but if you’re a writer of color or an artist of color, you’re going to have an opportunity in comics. We want to elevate everybody.”

Hudlin believes that what Milestone Comics provides may also be something that the initiative’s participants can understand as people of color.

“Right now, the comic book buying audience is a very narrow group of fans,” Hudlin says. “There is diversity — whenever I walk into a comic book store, I see people of color — but there’s more people not buying the books than are buying them. But they’ll turn around and watch the movies and TV shows, so how do we get more of those people into shops? That’s the kind of success we’re having with Milestone.”

It’s part of the reason that a financial services company, one that prides itself on being an ally to the community, is investing in the program

“For us, stories that represent diverse communities are so important to culture,” said Erica Hughes, director of multicultural marketing for Ally. “So one of the things that we talked about with Milestone is how can we make sure that we’re advancing culture forward.” The company backs up its community-first ideals with programs like the initiative and Moguls in the Making. Not only do they fund the event, they also offer the participants their financial expertise for their future success.

“Some of our new cohorts will be coming into a financial windfall,” Hughes says. “We curated a curriculum that is going to help them learn about investing, saving and budgeting based on responses they gave [in an earlier survey].”

With the participants being new to the industry, and to DC, they were not “cleared” to speak on the program’s behalf. They also haven’t finished yet, but their enthusiasm was palpable. Cowan and Hudlin would “love it” if all of the attendees worked for Milestone, but they understand that’s not realistic. So with the Milestone Initiative offering creative, career and financial guidance, what is the post-program plan?

“The Milestone heroes of the Dakotaverse are part of DC’s Multiverse. This affords us a great opportunity to look forward for ways to tell stories where these heroes meet each other, maybe even written or drawn by some of the talented people that are here.”