New Mexico Makes History, Becomes First State To Elect All Women Of Color To The House 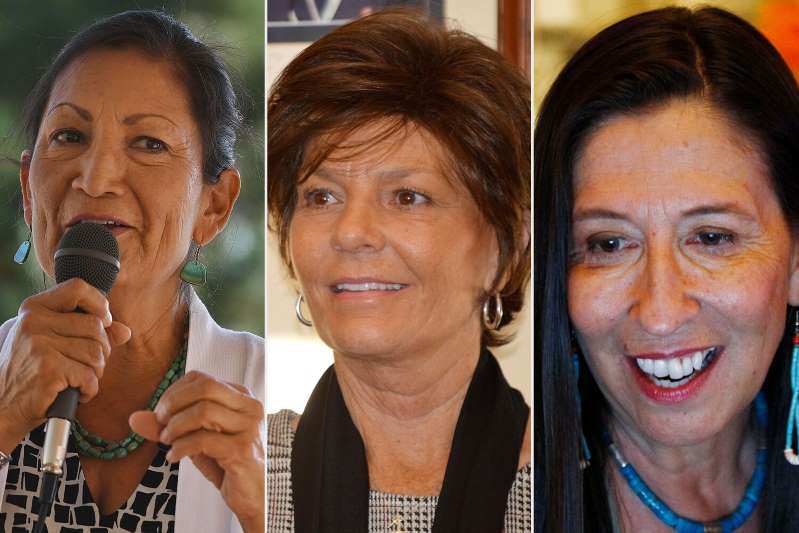 New Mexico is now the first state with a House delegation comprised entirely of women of color.

Pueblo tribe member Deb Haaland won reelection to her House seat, while Latina Teresa Leger Fernandez was elected to the state’s 3rd Congressional District. Both of the women are Democrats.

Republican Yvette Herrell, a member of the Cherokee nation who was endorsed by President Donald Trump, won her race in the state’s 2nd Congressional District.

All of the six major party candidates who ran in New Mexico’s House races were women.

Upon learning of her win, Leger Fernandez posted on Twitter thanking supporters for her victory.

“The people of New Mexico have chosen to protect what we love – our democracy, our planet, our families and communities, our health care and our future,” Leger Fernandez wrote. “With this victory, I promise you I will take the courageous action that this historic moment demands. Muchísimas gracias!”

Haaland also thanked supporters on Twitter, writing, “Tonight the people of New Mexico have chosen hope over fear, love over hate, community over division, and I am so honored that New Mexicans have chosen me to serve in our nation’s 117th Congress.”

Herrell called the election “the honor of her life,” echoing Trump’s campaign slogan by writing that she would work to “rebuild our economy and protect the values that make America great!”

A number of states saw historic firsts on Election Day 2020. In Oklahoma, Mauree Turner made history as the first Muslim to be elected in the state. Turner will also be the first nonbinary state legislator in U.S. history.

Democrats Ritchie Torres and Mondaire Jones also earned themselves a place in the history books as the first openly gay Black men elected to Congress on Tuesday night.

In Hawaii, state Senator Kaialiʻi Kahele became only the second native Hawaiian to represent the state in Congress when he was elected to represent Hawaii’s 2nd Congressional District.