Once Labeled The ‘Wrong Color,’ A JPMorgan M&A Co-Chief Rakes In Billions For The Bank 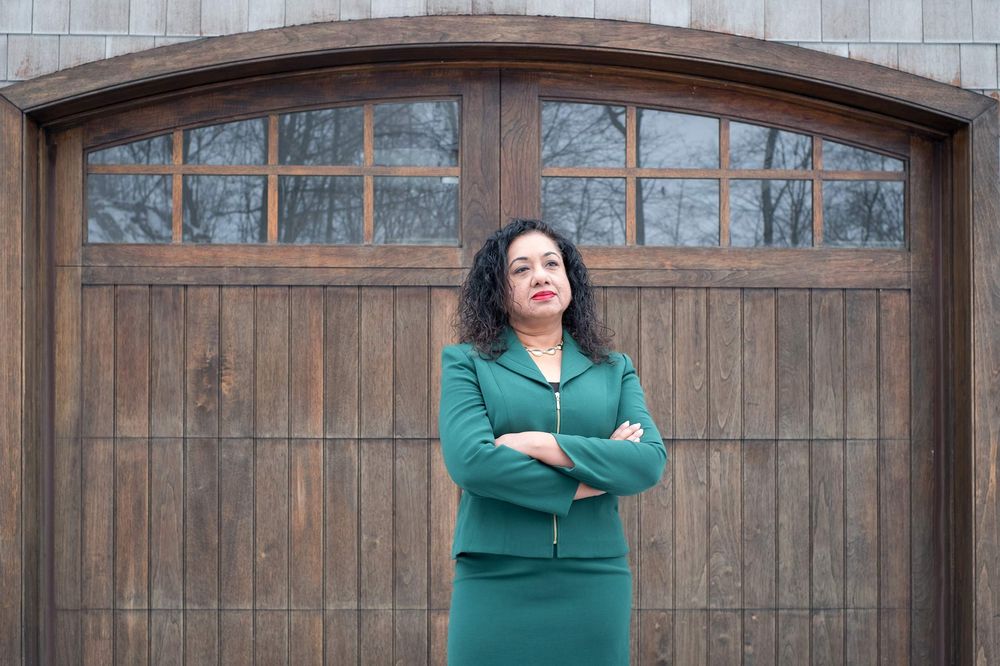 Anu Aiyengar, the only woman or person of color heading a global mergers shop on Wall Street, says the lines between industries are blurring.

As JPMorgan Chase & Co. searches for its first major acquisition in more than a decade, Anu Aiyengar will have a hand in shaping the giant bank’s future. She’s the co-head of its global mergers and acquisitions business, and the only person of color and only woman to hold that position on Wall Street. It’s been a remarkable trajectory for an Indian immigrant who moved to the U.S. as a teenager to study at Smith College, shivering through the bitter Massachusetts winter in a $5 coat.

“M&A was traditionally a male bastion—often cigar-smoking men in suspenders—and now she is at the top of the field, because she is simply outstanding at what she does,” says her boss, JPMorgan Chief Executive Officer Jamie Dimon.

Advising companies on M&A is one of the prestige roles in investment banking, generating both huge fees and headlines when a deal comes together. Aiyengar was promoted to her current position in February, almost 20 years after ignoring one Wall Street interviewer who told her she couldn’t be hired for M&A because she was of the wrong color, gender, and country. Her year began with a bang when JPMorgan advised ETrade on its $13 billion sale to Morgan Stanley, a deal that earned the bank $81 million in fees.

That same deal has put JPMorgan and other big banks under some pressure. In the years since the 2008 financial crisis subsided, there have been hardly any major acquisitions by top Wall Street firms. Morgan Stanley’s buying spree—it also snapped up a fund company JPMorgan had approached—may have signaled the start of a wave of takeovers. At a conference in December, Dimon joked that bankers at other firms with good ideas for acquisitions should give him a call. If JPMorgan does find a tempting target, Aiyengar will be among the key executives helping to negotiate a deal.

At the same time, Aiyengar is guiding JPMorgan’s M&A shop through an unprecedented disruption. Soon after she took over, the global pandemic and lockdowns dragged deal activity in April and May to their lowest for any two-month period in 22 years, while companies were forced to focus on survival. After traveling every week for two decades to meet clients across the U.S. and sometimes overseas, Aiyengar found herself grounded. She didn’t leave her Midtown Manhattan apartment for 66 days, running her team over Zoom and devising new ways of thinking about dealmaking amid what she calls a “seismic shift.”

“The future of work and the future of how things happen in all industries is forever changed,” she says. The pandemic has shown how technology-driven almost every successful business is, blurring the lines between traditional sectors. “So M&A bankers need to have the ability to cross-pollinate among different industries,” she says.

It’s something she’s done before. Jeffrey Sprecher, CEO of Intercontinental Exchange Inc., owner of the New York Stock Exchange, says Aiyengar has been helpful as they considered unique ideas, including the company’s foiled attempt at a tieup with a different kind of electronic market: online auction site EBay Inc. “We had dozens and dozens of conversations over a period of years thinking about EBay and what parts might fit with ICE and whether other partners could be involved and who those partners should be,” Sprecher says. “My shareholders didn’t like the idea, but part of my job is thinking about growing the company, and internally we were very proud of it. She was very blunt and thoughtful about thinking through things.”

Sprecher’s deal wasn’t to be, but Aiyengar and her co-head, Dirk Albersmeier, have notched up more than $575 billion of transactions this year, according to data compiled by Bloomberg. The list includes LVMH’s $16 billion purchase of Tiffany—the biggest-ever deal in the luxury industry—and last month’s $8.7 billion merger of Home Depot Inc. and HD Supply Holdings Inc.

In the rankings of top M&A advisers, JPMorgan slipped one spot in 2020 to third place. But Carlos Hernandez, executive chair of investment and corporate banking at JPMorgan, isn’t worried about that. He says Aiyengar had already helped take the bank “from good to great” during her stint as co-head of its North American M&A team, noting that one of her major achievements was to negotiate higher fees for the bank’s services. “She is definitely part of the next generation who will be running this place for the next 20, 30 years, and this job is going to get her ready for that,” Hernandez says.

Hernandez, part of the JPMorgan team that hired Aiyengar in 1999, says he was immediately impressed with both her drive and her principles. “I am from El Salvador myself, and I came to this country to go to school the way she did, and in some ways you have to go through some adversity along the way,” he says. “What you learn from that is invaluable.”

Aiyengar grew up in the southern Indian state of Kerala. Her father worked for the government; her mother didn’t work but went back to school and later became a teacher. Aiyengar says she struggled in her early days at the bank—not with the work but with the culture. “I didn’t know basic things like how you behave and how you talk and how you present and how you dress in a professional environment,” she says.

She tried to change her Indian accent to sound more American and fretted about how to do her hair and makeup. She asked the assistant of the only senior female on her floor for advice on where to shop for clothes, but the prices at the boutique her colleague recommended shocked her. She turned instead to Dress for Success, a charity that provides professional attire for women. “They assume you don’t know what to do, and they say ‘let me help you’—very different from some retail stores, who look at you like you don’t belong,” she says. Aiyengar was honored last year for her work with the charity.

Women at JPMorgan threw Aiyengar a party when she was promoted to co-head of North American M&A in 2015. Dimon says he was a rare male invitee to the celebration. It was an important moment for Aiyengar, whose mother became enthralled by Dimon after his discussion of corporate social responsibility on a trip to India. “If you go to Google on her iPad, the thing that pops up is ‘JPMorgan, Jamie Dimon,’ ” Aiyengar says. “She doesn’t follow me, she only follows Jamie.”