People Of Color And Investing 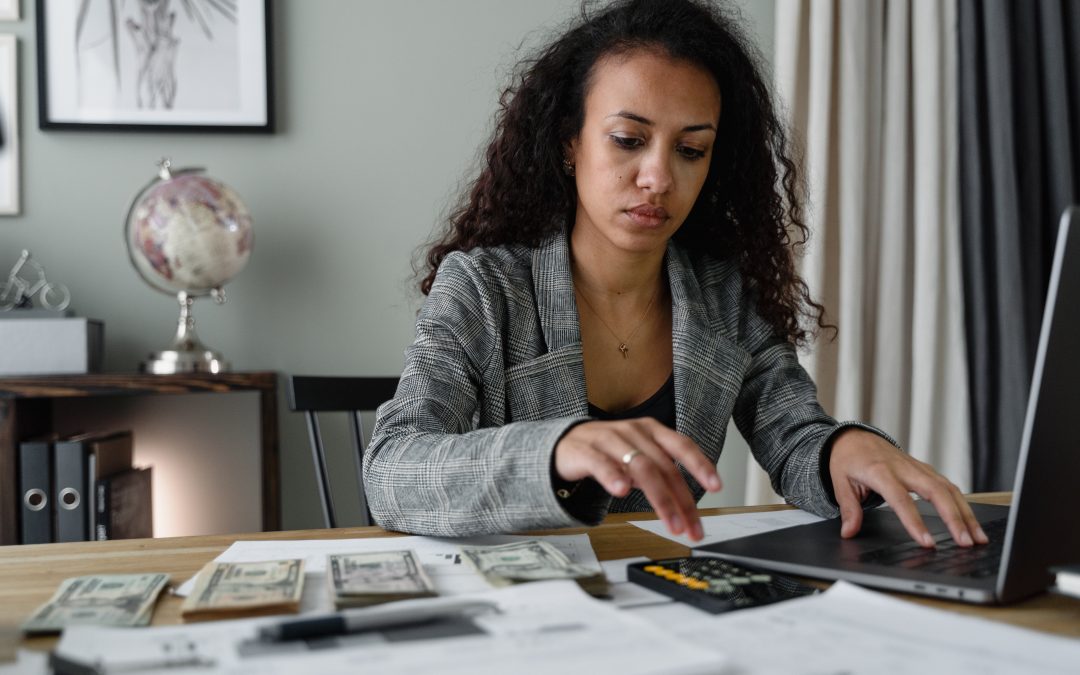 In the Black community, most people are just trying to get by and make sure there’s food on the table. There’s not a lot of excess money to go around. Investing is something most people do when they have excess money after paying the bills

The investing gap stems partially from the income and education inequalities that exist, and it has persisted for generations. This racial wealth gap isn’t a new phenomenon, says Carter Cofield, CPA and founder of Cofield Advisors who’s made closing this gap his life’s work. Unfortunately, this gap has long-term consequences for Black families.

But despite the strides that have been made, the investing gap persists and there’s more work to be done.

What Does the Investing Gap Refer to?

Investing gap refers to the significant discrepancy of investment amounts between white families and Black families. According to 2019 Federal Reserve data, just 33.5% of Black Americans have stock holdings, compared to 60.8% of white Americans.

Even those Black families that do have disposable income available to invest may not be putting their money into the market because of a lack of investing education.

“When there is excess money, it’s never taught to us what to do with it,” Cofield says. “We tend to spend it because we aren’t used to having it. Investing isn’t the first thought.”

The Impact of Not Investing

Not investing comes with serious long-term ramifications. Most people don’t have the capacity to save enough for retirement. For example, if you think you’ll need $1 million for retirement, it’s unlikely you’ll be able to set aside that much. Instead, turn to invested retirement accounts that allow your money to grow and compound over time. You can contribute far less money and still reach your retirement goals. Without investing, you may reach your mid-60s and learn that retirement simply isn’t an option for you.

In fact, if you keep your money in a run-of-the-mill savings account, you aren’t just not earning interest. You’re actually losing money, thanks to inflation. And the only way to stay ahead of inflation is to earn a higher rate of return than the rate of inflation.

Failing to invest impacts many individuals. But it also has negative consequences for future generations. Data shows that between 35% and 45% of wealth is inherited. Because Black families have less wealth than white families, there is less to pass down to future generations. Unfortunately, this leads to a repeating cycle of racial disparity.

The investing gap has historically been passed down through families. And that should come as no surprise, given that much of our financial literacy comes from our caregivers and our communities.

But for younger generations of Black Americans, the trend is starting to change. And improvements that have been made in the investing gap in recent years have been primarily driven by younger investors.

According to Cofield, this is partially because younger individuals haven’t seen the same financial traumas that scarred older generations. Older generations of Black Americans lived through — and were affected by — previous financial crises. So they are more skeptical of the stock market and the traditional financial system.

Young Black investors have not experienced the same financial traumas. And they have greater access to tools and resources to make investing easier. With the apps and online education available today, it’s easier than ever for young people to learn about and start investing.

Closing the investing gap starts with education. The generational impacts of not investing mean that many young black people aren’t raised to put their faith in the financial system.

“Kill the narrative that we can’t trust banks or Wall Street. As a kid, I was taught not to put money in banks because they’ll steal your money. These ingrained negatives around investing are passed down from generation to generation,” Cofield says.

Closing the education gap around investing brings us one step closer to closing the investing gap. Even more impactful is introducing young people to educators and role models they can relate to.

“If you want to be a real estate investor, you need to find someone you can relate to who is doing well in real estate,” Cofield adds.

The Impact of Social Media

In May 2021, the Wall Street Journal published an article about women of color in the investing space. The article claims that women of color turn to social media influencers and peers for their investment advice rather than to traditional sources like financial advisors.

And according to Cofield, this is the case for people of color in general, especially younger generations. Traditional financial advice isn’t tailored for or marketed to Black Americans. As a result, it’s no surprise those communities feel left out of the conversation.

But even more than that, says Cofield, following Black and other minority financial educators, gives individuals the opportunity to learn from people they can relate to and see themselves in:

The social media space has been an amazing tool for Black women… and anybody of color. People are looking to social media influencers in higher regard than they would look at Forbes or The Wall Street Journal. They see themselves in those people

Financial advice is readily available on social media platforms such as Instagram, TikTok and Reddit. And while any information found on social media should be taken with a grain of salt and backed up with your own research, it’s a foot in the door for many young investors.

The COVID pandemic has had a negative impact on many people’s finances, and communities of color have been hit especially hard. They make up a larger percentage of the public-facing jobs that were affected by the pandemic, and minority communities have recovered more slowly.

But the pandemic also had a different impact on many young Black people, and it’s one that could change the trajectory of their financial futures.

According to a 2020 Charles Schwab survey, nearly 30% of Black American investors began investing for the first time in 2020. In fact, young Black investors joined the stock market at three times the rate of white investors in 2020.

What inspired this change?

According to Cofield, it’s partially a result of people simply having more time to learn. In 2020, most people spent more time in front of a screen than in front of other humans. And this gave them the chance to seek out digital education. Additionally, because people were spending far less money on eating out, travel and events, they had more disposable income to invest.

One of the greatest financial challenges that Black Americans face is their notable absence from the structural landscape of finance. A relatively small fraction of publicly traded companies are owned by Black individuals, and until recently there’s never been a minority-owned stock exchange.

Dream Exchange isn’t the only effort to support Black investors and reduce financial inequality. Other companies have also announced changes and new initiatives to address these gaps. For example, the Citi Foundation announced in 2020 a $1 billion investment to help close the racial wealth gap. And this includes increasing its investment in Black-owned businesses.

Additionally, more organizations realize the importance of education in closing the wealth and investing gap. For example, the National Urban League’s Project Ready initiative includes financial capability as one of its core program areas.

As Cofield emphasizes, it all starts with education. One of the most important changes we can make is investing in education to help enhance financial literacy and ensuring that financial education is accessible to communities of color:

You can’t be what you can’t see. We need to find people we can see ourselves in so we can know it’s possible.