Prism, A News Site Led By Women Of Color, Centers The Voices Of Marginalized People In Its Reporting 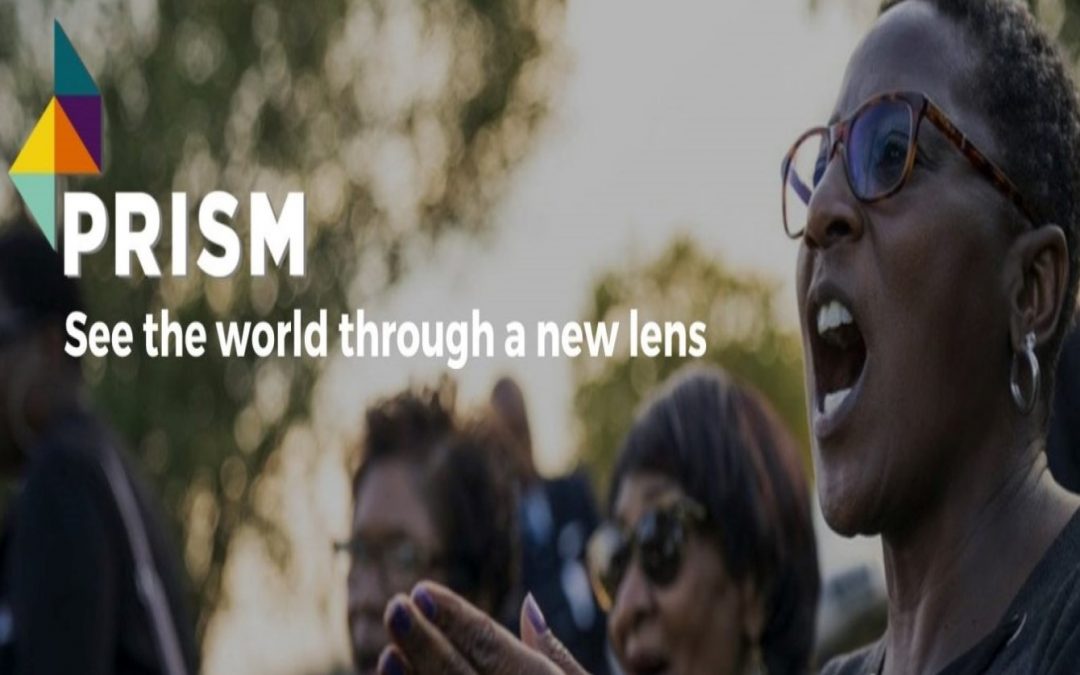 When The Intercept published the first story about whistleblower Dawn Wooten’s complaint against the doctor, Vasquez, a seasoned immigration and reproductive rights reporter, started reaching out to her sources in the South.

“Whenever there’s something breaking, it always starts with a Slack message from Tina where she just says, ‘ASHTON,’” Prism editor-in-chief Ashton Lattimore said with a laugh. “Once that story broke, Tina sprang into action. She’s well-connected within the circles of migrant folks, particularly in the South, so she started reaching out to people within the community where this was happening, and to the advocates who were behind the complaint to see what she could learn.” In subsequent stories, Vasquez delved into the mistreatment that migrant women faced and the same doctor’s long-time alleged mistreatment of patients in the rural South.

This wasn’t “a clear-cut narrative about a whistleblower being a hero,” Vasquez said. “It also came from my understanding, covering immigration for a very long time, that so many of the injustices we hear about in detention centers — especially as they relate to in-custody deaths and people becoming ill — start with the medical department.” A cut-and-dry whistleblower story “didn’t gel with what I knew as a reporter and didn’t gel with what I was hearing from affected women and sources that I trust.”

Vasquez interviewed residents of Douglas, Georgia, who knew Amin and said he was a “pillar in the community” and started a Facebook page to support him. She also spoke to immigrant women who had encountered both Amin and Wooten, a nurse who used to work at ICDC, and alleged that Wooten was “complicit” in their mistreatment and “made jokes at their expense.” It was important to include these threads in her stories, Vasquez said, even if they complicate what originally might have seemed like a saga with a clear hero and a clear villain.

Lattimore agreed that it was more important to bring these women’s stories to the forefront. “We’re not going to silence their voices just because what they’re saying might be complicated or confusing,” Lattimore said. “This is about them…This is a systemic problem, and these are the women who are bearing the brunt of this systemic, long-term issue.”

The approach of centering the voices of marginalized people in its stories is core to Prism’s mission. “No matter the subject, Prism’s editorial content is rigorous, fact-based, and starts from the ground up by centering the perspectives of impacted people, community leaders, and grassroots organizers,” the site’s Mission page explains.

Nonprofit entrepreneur Iara Peng founded Prism in 2018. Lattimore, a former attorney and graduate of Harvard College and Harvard Law School, is Prism’s editor-in-chief, a role she stepped into this past summer after serving as managing editor there since November 2019. The team also includes a senior editor, three reporters including Vasquez, an operations manager, an administrative assistant, a digital communications manager, and an intern. Most of the staffers (including all the reporters) are women of color, and they all live in different cities, which allows Prism to keep tabs on stories happening across the U.S.

Prism’s journalism is about a number of different themes: gender, elections, criminal justice, immigration, race, and worker’s rights. But those issues often intersect. “As we built our reporting team and our relationships with freelance folks, we started to see the degree to which all of these issues are interconnected,” Lattimore said. “A lot of our workers’ rights stories are also gender justice stories, and a lot of our immigration stories are also racial justice stories. On the website, it’s helpful for readers who have a particular interest area to know what to click on. But our reporters and editors have a deep understanding that a lot of these things are more than one thing at once.”

As a nonprofit, Prism is funded through donations and the support of foundations like Open Philanthropy and Women’s Foundation of California. Another key funder is the liberal news site Daily Kos, which also republishes all of Prism’s stories. The site’s Code of Ethics lays out how it thinks about the concept of impartiality:

However, we recognize that journalists are as much members of our society and polity as anyone else, and as such can be significantly impacted by policies enacted at the local, state, and federal levels. Our aim is not to set our newsroom staff apart from the political process or their roles and obligations as citizens and community members. Nevertheless, to maintain our readers’ trust and our editorial independence and integrity, we ask that editorial staff refrain from taking an activist role in partisan political activity, including volunteering for campaigns, signing petitions, participating in marches or rallies, displaying lawn signs or making political contributions. This policy applies only to political activity specific to a candidate or party. Issue-oriented political activity is permitted and encouraged, along with participation in civic, charitable, religious, public, social or residential organizations.

Prism also has a republishing partnership with Migrant Roots Media, which translates Prism’s stories into Spanish. The targeted partnerships with national and local organizations allow Prism to build trust with different communities of readers. “If you’re going to shift narratives in this country, you need people to actually read what you’re doing,” Lattimore said. Going forward, the focus will be on building more publishing partnerships with local organizations across the country.

As part of that goal, Prism on Tuesday announced its senior fellowship program, in which writers will work with Prism’s editorial team to shape coverage of key issues and solutions in their communities. The fellows will write for Prism, and at least one story by each fellow will be part of a larger investigative series produced by staff reporters and freelancers. The first class of senior fellows includes Patrisse Cullors, the cofounder of Black Lives Matter; Mary Hooks, the co-director of LGBTQ group Southerners on New Ground; Mónica Ramírez, the founder of Justice for Migrant Women; Maurice Mitchell, the national director of the Working Families Party; LaTosha Brown, the cofounder of the Black Voters Matter Fund; Kevin Killer, a former South Dakota legislator and cofounder of Native Youth Leadership Alliance and Advance Native Political Leadership; and Aimee Allison, founder of She the People and president of Democracy in Color.

Much of Prism’s editorial strategy has centered around leaning into the reporters’ expertises and filling the gaps in reporting left by mainstream news outlets. And while all of the beats focus on heavy issues, Prism’s culture section (“that tab is my happy place,” Lattimore said) works to uplift and amplify the work of creators of color. Prism doesn’t employ a full-time culture reporter, but Lattimore said all of the reporters are empowered to do culture reporting through the lenses that they’re interested in, whether it’s criminal justice or gender justice or something else.

“Our approach to culture reporting is, like everything we do, fundamentally rooted in the justice and resiliency of communities of color,” Lattimore said. “I think it’s important to cover culture in a way that’s not explanatory. It’s just letting people share their work, trying to understand more deeply the significance of it, and what it means in our own lives.”