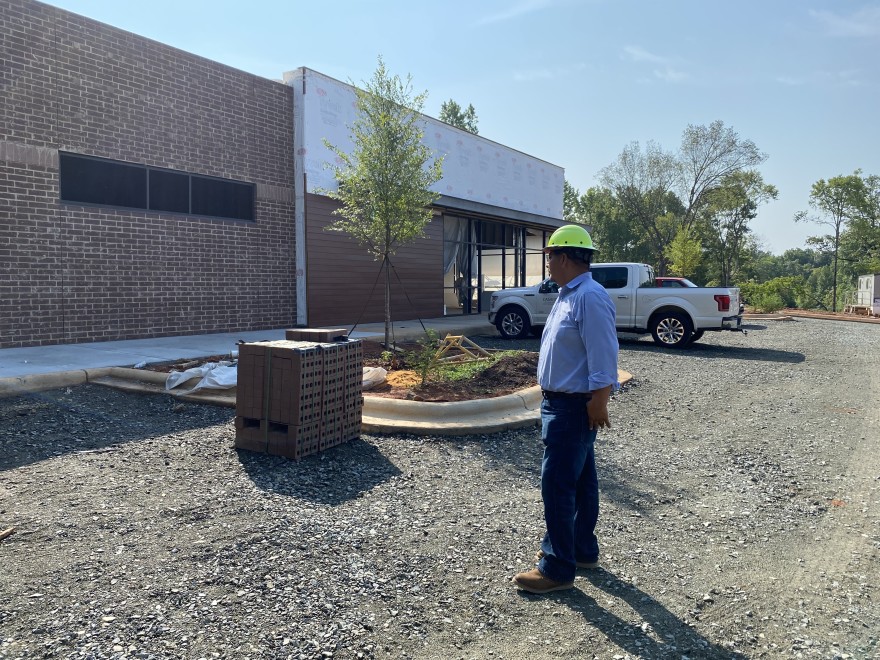 When Rafael Casanova first arrived in the U.S. from Mexico at 18 years old, he says he never imagined he would one day own a business.

“My dream was to come here for some time, save some money and go back,” Casanova said. “I think that’s the dream for most immigrants. But then the months and years go by and you start getting used to life here.”

Nearly 30 years later, he walks through what will soon be his construction company’s new office across the street from a shopping center in Mint Hill, North Carolina.

He gestures toward the front of the room as he walks through what will be the main entrance of his 14,000-square-foot office. Around 60% of the space will be used for his business and the rest will be rented out.

He started Casanova Siding about 20 years ago, after going back and forth from Mexico to the U.S.

He had worked as a car mechanic and did roofing for a construction company. Eventually, he says he learned how to do siding from a family he lived with when he got to Charlotte.

Casanova is now one of nearly 25,000 entrepreneurs in North Carolina who are in the country illegally, according to the bipartisan research group New American Economy.

He says his immigration status and not speaking English made it difficult to launch the business, but not impossible. But once a friend told him to apply for an Individual Taxpayer Identification Number he was able to start a corporation and pay taxes.

“There wasn’t a lot of information that really told you how to do this,” Casanova said. “I did it, but it wasn’t easy.”

Even though he had a tax ID number, he says his immigration status made getting loans from banks challenging. Things changed when his business partner, who is in the country legally, came on board.

“That was a bit complicated especially for someone like me who hasn’t studied business and doesn’t really know how to do it,” Casanova said.

Just as he was getting going, the 2008 economic recession hit. Casanova says he had to go back to taking roofing jobs and selling vegetables at a farmers market to make ends meet.

Eventually, business picked up again. Now, he has two business partners and about 80 employees.

“It feels good. It feels really good to be able to contribute a bit to the community. To give back to them,” Casanova said.

About 80% of his employees are Latinos. He says if they ask for advice he sits with them and shares his experience and answers their questions. He says it’s up to them whether they take his advice. Some do and start their own business; others stay working for him.

“There’s a world of opportunities. It’s just about wanting to do it,” Casanova said. “This country really has so many opportunities regardless of if you’re documented or not. If you want to achieve it, you can do it.”

Back at his new office, Casanova walks through a hallway pointing out where the meeting room and the offices will be.

Looking at his future office building, he says it feels really good to have achieved a goal he didn’t imagine possible 20 years ago.

Another goal is to one day get legal residency. For now, he says, he’ll focus on growing the business.