US Census: Hispanic And Asian-American Driving US Population Growth 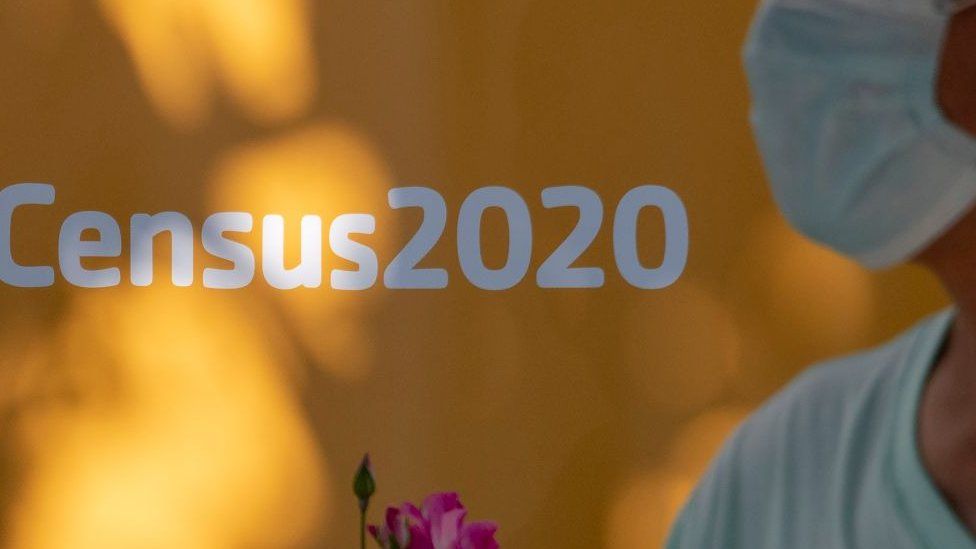 Population shifts revealed by the 2020 Census herald changes to come in US politics as the country becomes more diverse, experts say. The number of Americans who identify as white has fallen below 60% for the first time and population growth is being driven by ethnic minorities.

Results of the once-in-a-decade count will be used to draw voting districts ahead of next year’s midterm elections.

The data, collected amid the Covid-19 pandemic, could fray political nerves.

It shows the demographic shift of every neighbourhood in the US over the last 10 years. It includes racial and ethnic data as well as the voting age population of each location.

The overall population grew by 7.4% over the last decade to reach 331 million. The rate of growth was the slowest since the 1930s.

Additionally, the Asian-American population swelled by 35% to 24 million, making it the fastest growing segment of the US population. The black population grew by 5.6%, though essentially held steady at 12.1% as a share of the overall US demographic.

The changes could usher in a new kind of identity, say academics. “It’s going to require new ways of understanding about who’s American,” says New York University’s Ann Morning, the author of The Nature of Race: How Scientists Think and Teach about Human Difference.

Those new ways will be felt at the ballot box because information released from the count will be used to redraw congressional voting districts that can help determine who will get elected.

The districts can be drawn up by independent groups or by state governments and can thus be heavily influenced by the party in power.

Republicans control the efforts in 20 states, and Democrats in 10 states. Elsewhere, the redistricting is done by outside groups.

The new districts would go into effect in time for the midterm elections next year.

Some on the left fear the demographic shift could spur some conservatives to carve up constituencies to preserve political power. Members of racial and ethnic groups are more likely to vote for Democrats.

“The news that the nation’s white population is shrinking, while the black and brown populations continue to grow, is likely to provoke the anti-democratic, racially-anxious contingent among state legislatures,” said Marc Morial, the head of a civil rights organisation, the National Urban League.

However, Charles Bullock, a political science professor at University of Georgia in Athens, and the author of Redistricting: The Most Political Activity in America, said the shift will make it more difficult for Republicans to draw districts they can win in the next decade.

Covid and other census hurdles

The pandemic led to concerns about the Census Bureau’s ability to accurately gather data, potentially leading to undercounts across the country.

Census takers and activists had also feared that a controversial plan to include a question about citizenship status floated last year by the Trump administration would discourage some minorities from participating in the count.

Ronald Jarmin, the Census bureau deputy director, acknowledged that the agency was late in collecting the data, and did not get all the questions answered, but he was confident in the integrity of their work.

However, some activists are already planning to file lawsuits to challenge the accuracy of the data and redistricting maps based on them.

Kimball Brace, a consultant in Manassas, Virginia, who works with state and local governments on election issues, said: “We’re in an age where there’s a lot more suspicion about all sorts of stuff, and data is one of them.”