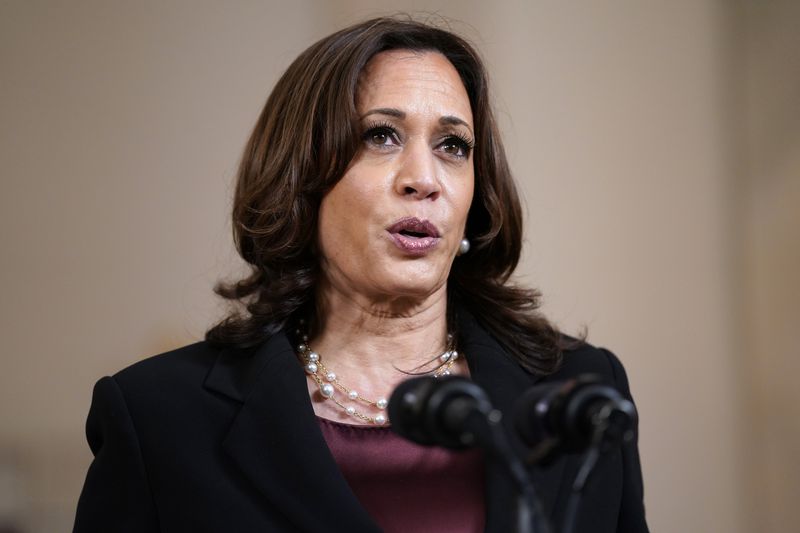 Harris confirmed that she’s “the last person in the room” when President Biden makes an important decision, including his recent move to withdraw U.S. military forces from Afghanistan by this year’s 9/11 anniversary, she said in an interview broadcast by CNN.

“I carry a great, great sense of responsibility … to be in this position and be a voice for those who have not traditionally been in the room,” the veep said.

Vice President Kamala Harris said on Sunday that she feels “a great, great sense of responsibility” as the highest-ranking woman of color in the nation and that her boss has kept his promise to keep her closely involved in top decisions.

Choosing her to be his running mate, Biden wanted her perspective and opinion, whether they agree or not, she said.

“He and I are in almost every meeting together, have made almost every decision together,” she said, adding: “Ultimately, of course, he is the president and he makes the final decision.”

The former California prosecutor pushed for Congress to pass the George Floyd Justice in Policing Act, saying that the recent conviction of former Minneapolis police officer Derek Chauvin was “but a piece” of boosting police accountability.

The bill before the Senate, the most sweeping law enforcement reform legislation in a generation, would ban the use of police choke holds and make it easier to sue cops, among other measures.

“Congress needs to act,” she said.

The House of Representatives has passed the legislation twice, but GOP lawmakers have opposed proposed changes to police officers’ “qualified immunity” from lawsuits.

Rep. Karen Bass, a California Democrat and lead author of the bill, said on Sunday that a compromise with Republican Senators could come in the next few weeks.

On immigration, Harris said policies under the Biden administration like working with foreign community-based groups are aimed at giving people “some sense of hope.”

“We’re making progress, but it’s not going to evidence itself overnight,” she said. “Under the previous administration, they pulled out, essentially, a lot of what had been the continuum of work … We have to rebuild it.”

“This attack on police and policing — reform the police, yes, call them all racist, no,” he said in a tone-deaf interview on “Fox News Sunday.” “America is a work in progress.”