What Is The Fourth Of July To Black Americans? 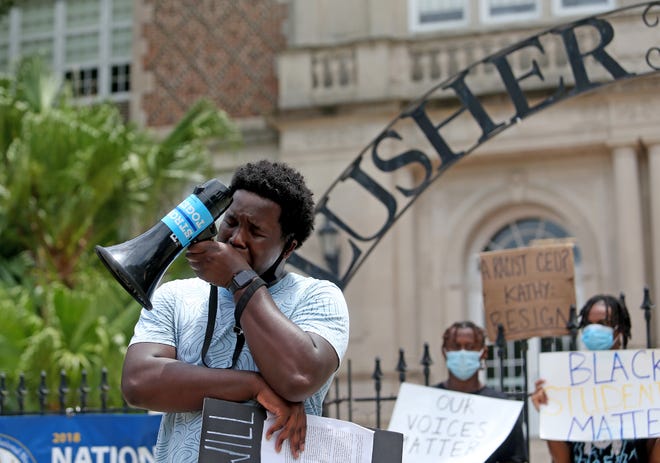 In 1852, Frederick Douglass agreed to speak at a July Fourth celebration in New York. He recognized the holiday as the birthday of this nation’s political freedom. He noted that this nation’s founding fathers pronounced the restraints, burdens, and limitations imposed on them by the British Parliament as acts that were “unjust, unreasonable and oppressive.”

He applauded the perseverance of the founding fathers who saw the colonies as victims of grievous wrongs that needed to be righted and who earnestly sought to end their oppression. He called them brave and congratulated them for declaring the united colonies as “free and Independent States.” He reminded his audience that the courage of the nation’s founding fathers allowed them to reap the benefits of freedom.

He urged his listeners to stand by the principles stated in the Declaration of Independence and to always be true to those principles at whatever cost. He spoke of the hope of possibilities associated with a young nation that was only 76 years old.

Then, in the middle of Douglass’ great speech, he asked a rather peculiar question, “…Why am I called upon to speak here today? What have I, or those I represent, to do with your national independence?” You see, Douglass, a previously enslaved Black man, was speaking in 1852. Slavery wasn’t abolished until 1856. His question required a response. None was given.

July 4, 2021, denotes 244 years that this country has been independent of British rule. The annual holiday celebrates freedom — freedom from British tyranny and oppression.

Yet, the unanswered question from Douglass remains profoundly true for Blacks in the 21st century, “What is the Fourth of July to us?” Are the principles of political freedom and natural justice embodied in the Declaration of Independence truly extended to Black Americans? While chattel slavery was declared abolished in 1856, political, social, financial and legal disenfranchisement of Blacks remains a challenge in 2021 across the nation and right here in Savannah.

During the 1930s, West Broad Street was a thriving, “happening place” for Blacks. Black-owned businesses lined that street (now Martin Luther King Boulevard). To name a few: fine clothing stores; restaurants; Royall Funeral Home; Wage Earner Bank, the second largest Black bank in America and one of the most profitable banks in the entire U.S. during the early 20th century, and Dunbar Theatre and Hotel, the first air-conditioned building in Savannah.

Even River Street had a prominent Black presence. Capt. Sam was one of the most respected men associated with Savannah’s Harbor (Black Enterprise, 1977). Capt. Sam owned and operated the first riverboat touring company in Savannah.

What happened to these thriving Black businesses? For Capt. Sam, it was strategic maneuvers that resulted in him being incarcerated and ushered into the phenomena of mass incarceration in the late 1980s, thus he lost his business. For others, political, social and financial disenfranchisement contributed to their demise. The obvious dehumanizing Jim Crow-era policies ripped political power from Blacks. The opaque “urban renewal” practices veiled within the banner of “growth and development” robbed Blacks of financial opportunities and created social barriers. Racial inequities abounded.

It has been 244 years since the colonies gained freedom from the British Crown and 165 years since slavery was abolished; Blacks are too often still victims of “unjust, unreasonable and oppressive” practices and policies. The unanswered question remains unanswered, “What is July 4th to us?” It is now couched differently: “When will Black lives matter?”

Like Frederick Douglass, I cling to the hope that together we will change the course we’re on, eradicate the trauma of centuries of wrong, and celebrate true freedom.