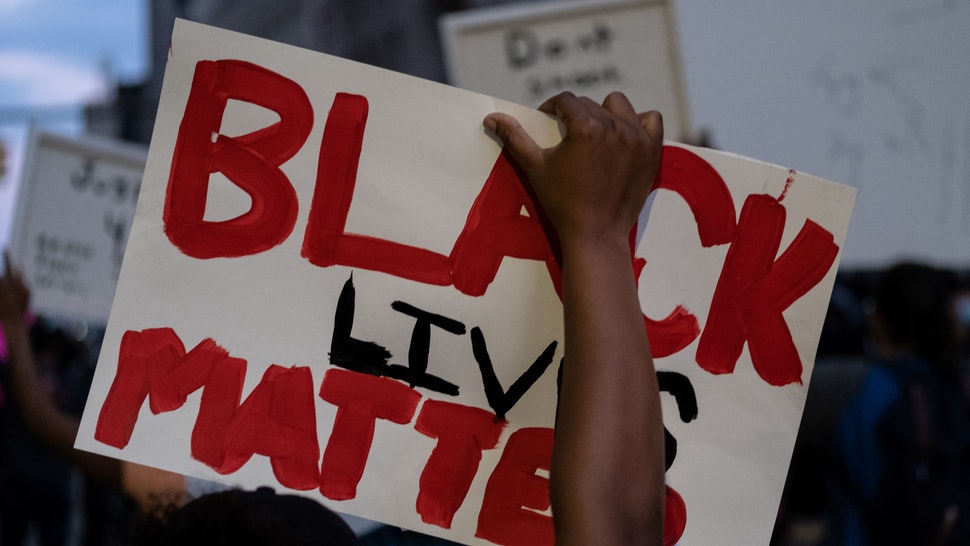 Late in the last week of May, cities across America erupted in protests, angry about the deaths of George Floyd, Breonna Taylor, Tony McDade, and about the pattern of police violence against Black people. In Minneapolis, where Floyd was killed after an officer, Derek Chauvin, knelt against his neck for nearly nine minutes, police discharged tear gas into the crowd of protesters. (Chauvin was charged with third-degree murder and manslaughter on May 29, after a history of conduct complaints.) In Brooklyn, at least 200 demonstrators were arrested, while in Atlanta, the governor called in the National Guard.

Amid the backdrop of the coronavirus pandemic, many will feel the call to take to the streets. Others will be moved to educate themselves or their loved ones about how to combat racism in their daily lives. For some, donating to anti-racist causes and bailout funds is the best use of their support. And still others will need mental health resources to process the grief caused by the long history of violence against Black people in America.

If you are angry about the death of George Floyd and want to do something about it, consider supporting the following organizations, which provide bailout funds for protesters, mental health resources for people of color, and more.

This collective, led by Black, trans, and queer activists in Minneapolis and St. Paul, Minnesota, aims to build a political home for Black people across Minnesota through a transformative justice model. You can donate here.

In Atlanta, Gov. Brian Kemp deployed the National Guard to quell the marches that raged into Saturday morning, per the Atlanta Journal-Constitution. This bail fund provides support for people who are arrested at protests, or otherwise prosecuted for their movement involvement.

In Louisville, Kentucky, where EMT Breonna Taylor was killed in March when police entered her home without identifying themselves, protests continued into their second night on Friday. This bail fund works to free people arrested for demonstrating and directs funds toward preventative measures for people at risk of incarceration. You can donate here.

This GoFundMe, organized by George Floyd’s brother, has raised over $3 million since May 25 to directly support his family.

Actor Taraji P. Henson’s foundation works to end the stigma around mental illness in the African American community. Earlier in May, the foundation joined with The Tupac Amaru Shakur Foundation to provide free access to therapy for people affected by the coronavirus crisis. To support their mission, you can donate here.

This Chicago-based organization focuses on making emotional support more accessible for Black women through workshops, community support, and resource distribution. Donating to the group helps them keep costs low, though it is not a 501(c)3 organization.

The Loveland Foundation is a 501(c)3 organization that provides financial assistance to Black women and girls seeking mental health support through their Therapy Fund. You can donate here.

On Friday, Crisis Text Line shared a graphic with the caption, We can’t talk about mental health without addressing factors like systemic racism. Their free, 24/7 mental health support is available by texting HOME to 741741. You can donate to support their work here.