Why Greek Food Makes Me Fiercely Proud Of My Heritage 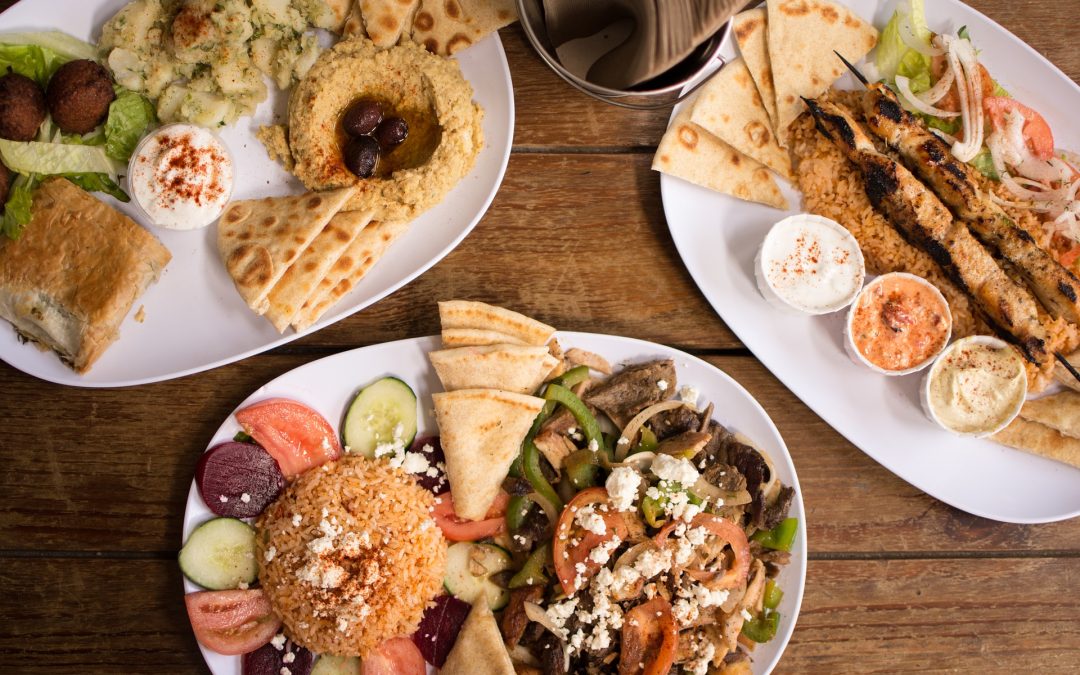 In my big, fat Greek Cypriot family, food has always been a pretty big deal. No family get-together or party is complete without a table struggling under the weight of mountains of glorious, glorious food. From basics like pitta bread and houmous, to whole dishes of kolokasi and refilled platters of heavenly pastourma.

Basically, what I’m trying to say is, food is what brings my Greek family together.

I don’t think many people really know what Greek food is like. When most people are met with the phrase ‘Greek food’, they simply think of feta cheese and bundles of pitted olives being eaten by a tanned man named Yiannis who loves to smash plates. But, in actual fact, it’s much more than that.

Don’t get me wrong, I love feta, even though I would much prefer a slice of grilled halloumi topped with lountza (if you know, you know) and yeah, sometimes we do smash plates. But there really is way more to Greek food than you think.

Some Greek culinary traditions go back a huge 4,000 years. Take Easter. If you didn’t already know, we celebrate Orthodox Easter which tends to take place a week or two after the usual Easter. During which we play this traditional game called Tsougrisma, which essentially means “clinking together” or “clashing.” The object of the game is simple, each person picks an egg, which has previously been cooked and dyed red, and clashes it against someone else’s. Whoever’s egg doesn’t crack, is the winner. The red colouring symbolises the blood and sacrifice of Christ on the cross, whilst the egg symbolises rebirth. After cracking, some people do actually eat the egg, but er, that’s not for me.

Another foodie tradition is kourabiedes, they’re traditionally served at weddings or baptisms and are like Greek butter cookies. They are soft, buttery and have a subtle almond flavour (yum!) and are basically a symbol of thanks.

When it comes to mealtimes, Greeks traditionally consider it a time for families to socialise and congregate. For us, the family unit is essentially the most important thing. So, both food and family pretty much go hand-in-hand. Some of my favourite Greek recipes evoke memories of comfort and warmth, like soupa avgolemono (pronunciation – soo-pa av-gho-lé-mo-no). This egg and lemon soup is made by ladling a hot and cold mixture together. The tough part? Making sure the egg mixture doesn’t curdle! People tend to grimace whenever I say this is one my favourite soups in the entire world. I mean, I get it. It doesn’t exactly sound appealing, right? But the eggs, lemon, rice, water and chicken combine to make the perfect meal when you’re feeling a little icky and need some kind of pick-me-up. Soupa avgolemono reminds me of visiting my grandparents in Cyprus. As soon as we’d arrive a big, fat bowl of avgolemono would be waiting for us, no matter what the time. I always had faith in that bowl.

Another beautiful Greek dish is dolmades, or as most Greek Cypriots will know them as, koupepia (pronunciation –gou-beb-ya). They’re vine leaves stuffed with a delicious mix of rice and herbs, most of the time including meat. These are basically the food that everyone is waiting for at family gatherings. My sister often refuses to eat until she sees some koupepia on her plate and before you know it, the whole platter is gone!

And I can’t talk about Greek food without mentioning the humble barbecue. I can’t begin to tell you just how important a charcoal barbecue is to us Greeks. Non-Greeks might have tried souvla (pronunication – sue-vla) while on holiday on some Greek Island. Similar to a kebab, souvla comes from Cyprus and consists of large pieces of meat cooked on a long skewer over a charcoal barbecue. My aunt and uncle, who happen to be called Elena and George (so Greek), are so committed to the souvla, that they built an entire DECK with a built-in barbecue for the sake of making those meaty skewers.

Now I can’t finish this feature without giving a special mention to Makaronia Tou Fournou (pronunciation – mah-kah-ro-nee-yah to fon-ya). The origin of this recipe comes from the traditional Greek dish that is known as Pastitsio. But I’ve grown up with the Cypriot version that is Makaronia Tou Fournou, and I can’t even begin to explain how much I love this stuff. Saucy, meaty and creamy, it is PERFECT. It’s basically the Greek alternative to lasagne.

So, in summary (before I start salivating at my desk just writing about all this stuff) Greek food allows me to show off my heritage. It helps me relive fond memories that I may not get to revisit, with people I no longer see. It manages to bring my family together and it makes me feel at home. So, for that reason, why wouldn’t I be proud of my Greek heritage?