Women And People Of Color Making Progress In Classical Music, Despite Challenges Of Pandemic 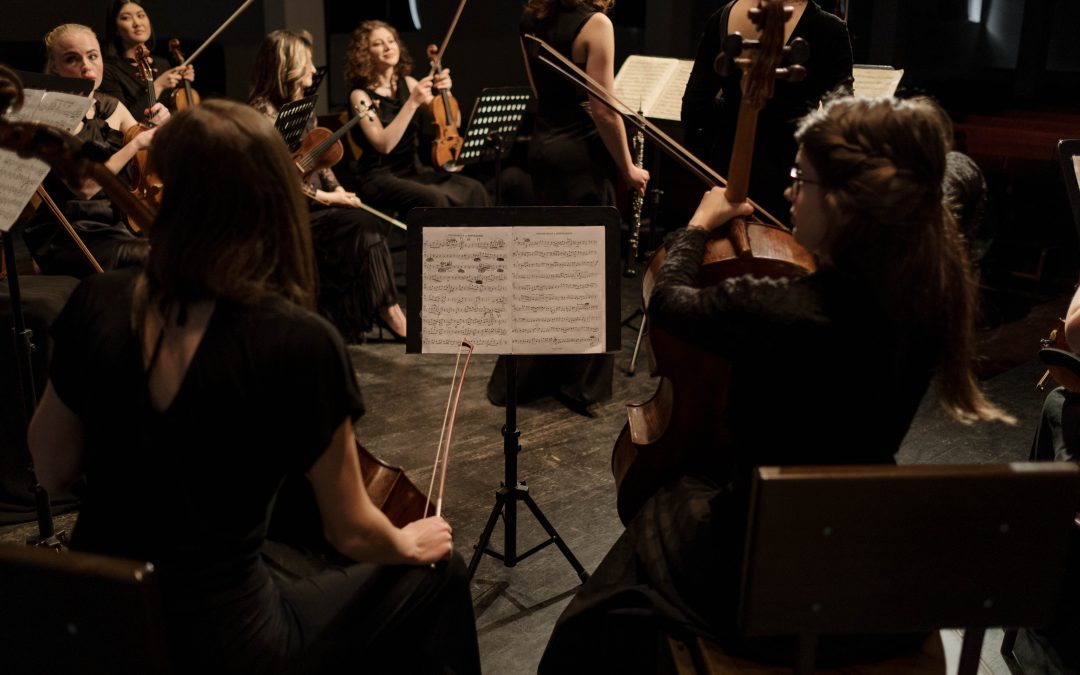 Juggling work and family life has never been more difficult for countless mothers in the time of COVID-19.

Take, for example, Jeri Lynne Johnson, an orchestra conductor based in Philadelphia.

During the pandemic, she and her 5-year-old daughter, Evelyn, have read books together, studied the bark and leaves of trees and collaborated with neighbors on a mural of the sea — complete with orcas, mermaids and octopuses.

“I’m her playmate and teacher,” Johnson said on a recent Zoom call. The mural hung on the wall of her home office-cum-classroom.

Johnson will discuss this balancing act on a panel at the Dallas Symphony Orchestra’s upcoming Women in Classical Music Symposium. Now in its third installment, Nov. 7-10, the event will bring together musicians and administrators to address difficulties faced by women in the field, and how they can overcome them.

In connection to the symposium, soprano Renée Fleming and baritone Rod Gilfry will perform Kevin Puts’ The Brightness of Light — based on the letters of Georgia O’Keeffe and her husband, Alfred Stieglitz — with the DSO. Fleming will also give a keynote address and receive the annual symposium’s third Award of Excellence.

The symposium’s chamber music concert has been curated by the DSO’s composer-in-residence, Angélica Negrón. The program draws connections between pieces by female composers from different backgrounds.

Opportunities will include a round table and “speed dating” with mentors. Some relationships made in previous events have lasted beyond the symposium. The DSO’s CEO, Kim Noltemy, for instance, has kept in touch with several mentees and has held sessions to discuss their careers.

Panels will cover subjects including:

Johnson, who is Black, has seen a dramatic uptick in employment, both as a guest conductor and consultant on diversity, equity and inclusion. Some groups have hired her, she said, that previously wouldn’t have given her a second thought.

“It’s been a blessing born out of tragedy,” she said. “It’s hard to take joy out of it when you realize the pain that has gone into it.”

Negrón, who was born in Puerto Rico, has also received more commissions. “I think it has to do with the racial uprising,” she said, “even though I’m not a Black composer.”

She said she worries that the push for racial and gender equity may be a fad, but is hopeful that organizations across the industry will continue their efforts. “We’ve not only been doing things wrong, but we’ve been missing out on so much amazing art,” she said. “It would be really absurd to go back to the way things were.”

Simon Woods, CEO of the League of American Orchestras, sees 2020 as a turning point for the field. “We have taken a really deep look for what we stand for,” he said. “And I don’t think the waves from that are yet understood.”

Even before 2020, classical music groups in Dallas had established themselves as leaders in promoting female musicians.

Since 2015, the Dallas Opera’s Hart Institute has advanced the careers of female conductors, offering workshops and performance opportunities. In the spring, all four of the company’s full-scale productions will be staged by women, and two will be conducted by women, including Lina González-Granados, an alumna of the Hart Institute. Another alumna, Anna Skryleva, conducted the Fort Worth Symphony last week.

Although there are female CEOs among the 25 largest U.S. orchestras, including in Dallas, New York and Minnesota, none of those ensembles currently has a female music director. That will change next year when Nathalie Stutzmann takes the podium at the Atlanta Symphony Orchestra. She will be only the second woman to lead a major American orchestra, following Marin Alsop, who ended her tenure at the Baltimore Symphony in August.

The situation may appear bleak on the surface, but Woods believes it will soon change. He predicts that more women will be appointed to upper-level positions, like music director, in the next 10 years. “There is an incredible cohort of female conductors emerging, or who have emerged,” he said.

Conductors these days are taking on ever-greater responsibilities, dealing with musicians’ egos and schmoozing with patrons and donors, while also marshaling their forces during concerts.

Wearing many different hats is a skill that working mothers also know well. Just ask Johnson about her busy schedule, and the painted octopuses on her wall.